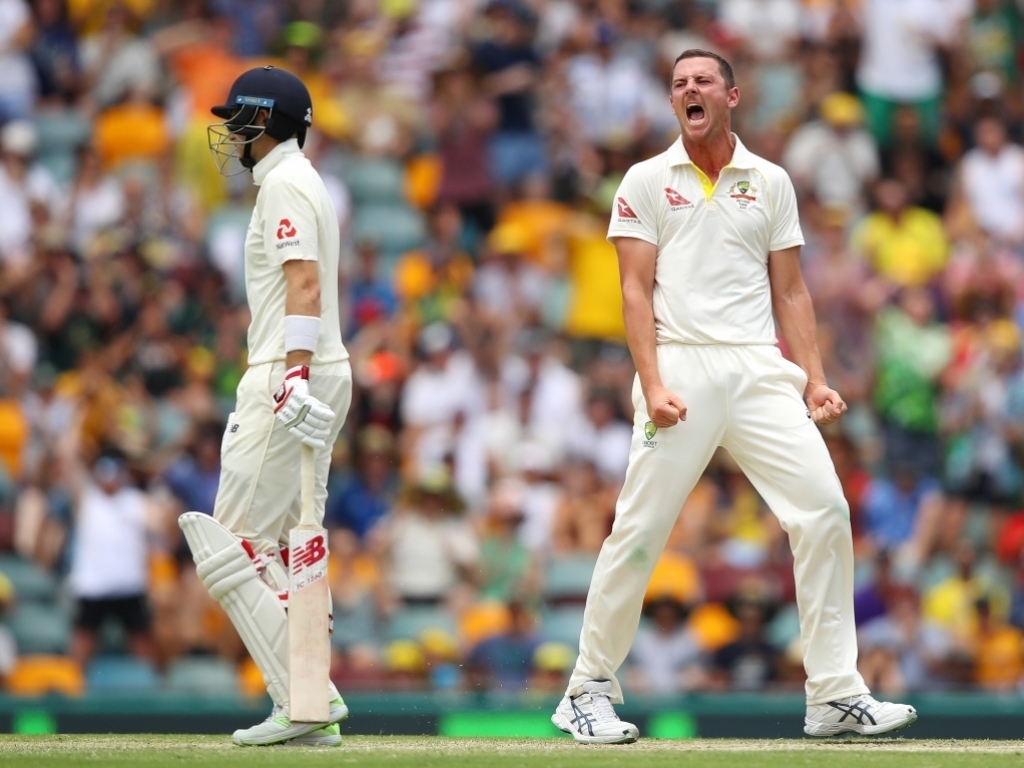 Ahead of the third Ashes Test starting in Perth on Thursday, Josh Hazelwood has revealed that Australia’s pace bowlers are competing with each other to see who can knock over England captain Joe Root in the ongoing series.

Root is the visitors’ best batsman but has been kept relatively quiet in the first two games of the five-match series.

The England skipper has only scored two half-centuries in four innings as his lack of a big score has contributed to his side being two-nil down with three matches still to play.

Root’s wicket has twice been taken by Hazlewood and Pat Cummins with Hazlewood saying the bowlers are more focused when the visiting captain walks to the crease.

Hazlewood told reporters in Perth on Tuesday: “All the bowlers want that wicket and there’s obviously a couple of key ones which we’ve talked about.

“Joe is the key, he can hold the innings together and score runs pretty freely when he gets some poor bowling his way, so everyone has to be ready when he comes in and stop that quick 20 or 30 runs early.

“It’s obviously a little bit more important, the time of that start of that fifth day when things could have gone either way, so you’re a bit more focused, [there’s] not as much room for error against those better players.

“Got to be on your game from ball one and he’s obviously going to punish anything that’s not your best ball. Still the key to him is bowling your best ball more often than not and hopefully keep the runs to a minimum and keep taking his wicket.

“I think I’m just getting better as time goes on. Probably just my length I think, my length especially on the last day, so obviously be continuing to work on that and I think it’s on the rise so hopefully keep getting better.”

The right-arm seamer has also praised the work done by off-spinner Nathan Lyon in the series so far as it has allowed the Australia pacers to manage their workloads.

Lyon has arguably been the best bowler on show, from both sides, in the series and Hazlewood feels their three pacemen (himself, Cummins and Mitchell Starc) can play in all five Ashes Tests.

The 26-year-old added: “I’ve only bowled under 40 overs in both games so I feel pretty fresh at this time of the year and the other quicks are pretty similar.

“They have probably bowled more than me but the way Nathan has bowled has given us the opportunity to sit out one or two spells here or there and him just go from one end.

“He’s been bowling beautifully and taking wickets as well as keeping runs to a minimum, still feels pretty fresh at the moment.

“I think [I can get through five Tests], it’s still a long way off obviously and just got to take it game by game as a fast bowler or spell by spell at some stages, but feel as good as I have.”