Home Countries Australia players to ‘respect the game and its traditions’

Australia players to ‘respect the game and its traditions’ 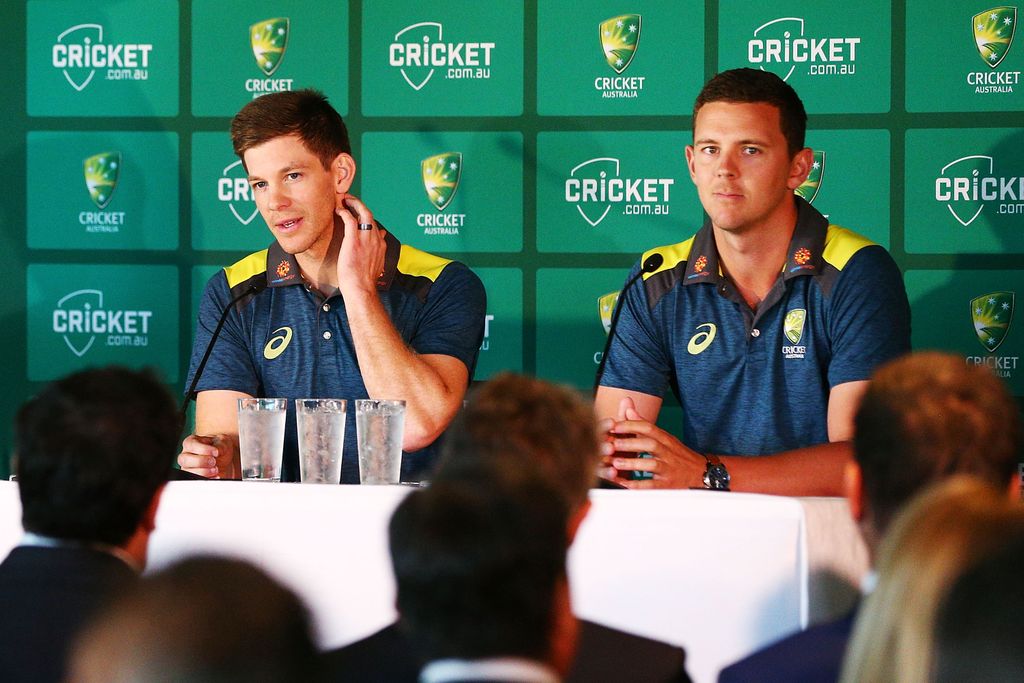 Australia Test captain Tim Paine says the national team have made a pact to “respect the game and its traditions” and to “make all Australians proud” again after an Ethics review was published on Monday.

Part of the review has condemned an “arrogant” and “controlling” culture at Cricket Australia (CA) that led to players cheating in pursuit of victory.

However, the players have also made a pact to honour the jersey that they represent and also play hard but fair.

The pact from the players read: “We recognise how lucky we are to play this great game. We respect the game and its traditions. We want to make all Australians proud. Compete with us. Smile with us. Fight on with us. Dream with us.”

Paine said at a press conference: “This represents a commitment from Australian players to adhere to a set of overarching standards.

“This is a line in the sand for us as players and we’re very much looking forward to focussing on the future of the game, playing with pride and making Australians proud.

“The pact pulls together common themes from team values and embeds them into a simple message.”

Paine went on to say the players now know what they can and can’t do and that the team would police itself on the field.

The wicketkeeper continued: “You’re never going to have a game of cricket played where the opposition aren’t going to speak to each other and I think that’s always been part of the game and that always will be.

“If it does happen or it does start to get out of control it won’t just be me it will be a number of guys [who police it]. We know where we sit on that and how far we go and where we don’t go.”