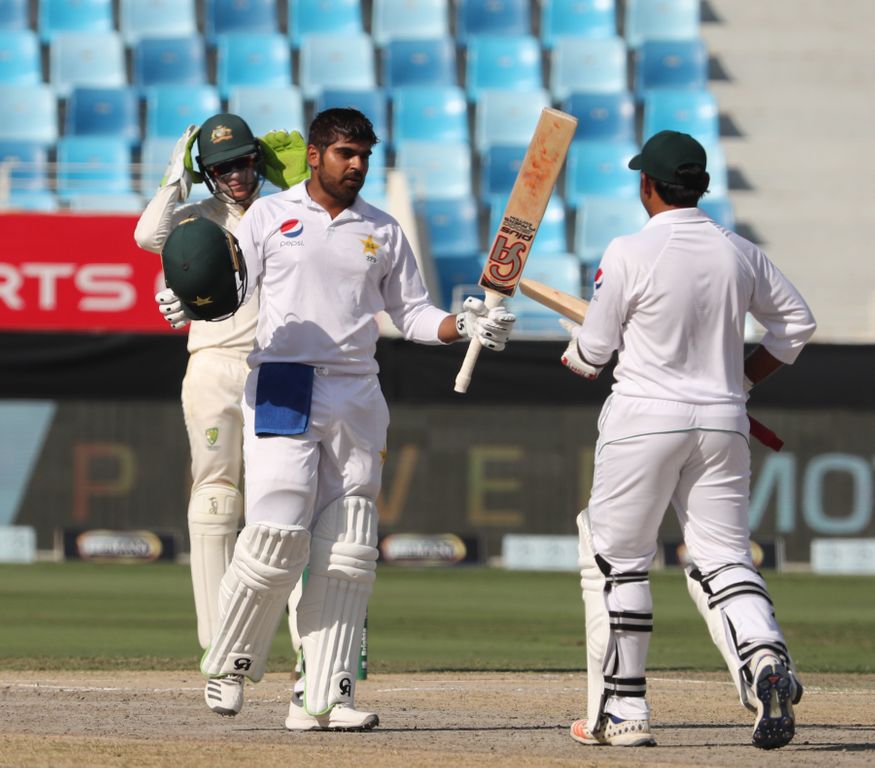 Australia openers Aaron Finch and Usman Khawaja negotiated 13 overs as the tourists went to stumps with no wickets down after Haris Sohail struck his maiden Test century earlier in the day for Pakistan in Dubai.

The left-handed Sohail, playing in just his sixth Test, struck 110 and shared in a stand of 150 for the fifth wicket with Asad Shafiq (80) as Pakistan were bowled out for 482 in the final session of the day.

Resuming on 255/3, Pakistan lost the early wicket of nightwatchman Mohammad Abbas (1), bowled by Peter Siddle (3-58), but Sohail and Shafiq made the Australia bowlers toil in the Dubai heat.

The duo batted until just before the tea interval when Australia debutant Marnus Labuschagne (1-29) had Shafiq caught by wicketkeeper Tim Paine with an almost perfect leg-spinner that found the edge with the batsman playing a forward defensive.

The Aussies struck again soon after the break when Babar Azam (4) was run-out after a mix-up with Sohail but the latter went to his maiden ton in the longest format with his skipper Sarfraz Ahmed with him at the crease.

His innings came to an end though when he tried to cut the off-spin of Nathan Lyon (2-114) but only found the edge to Paine who snaffled the catch gratefully as Pakistan were 456/7 at that stage.

Sarfraz (15) was then run-out and Siddle picked up his third scalp when he bowled Pakistan’s debutant Bilal Asif (12) as the Pakistan tail succumbed quickly with Mitchell Starc (1-90) picking up his first wicket of the innings when he had last man Yasir Shah (3) caught behind.

Finch and Khawaja survived a few nervy moments off leg-spinner Yasir Shah but made it through to stumps with Australia’s batsmen facing a big third day on a slow pitch.