Home Countries Australia suffer yet another batting meltdown against India

Australia suffer yet another batting meltdown against India 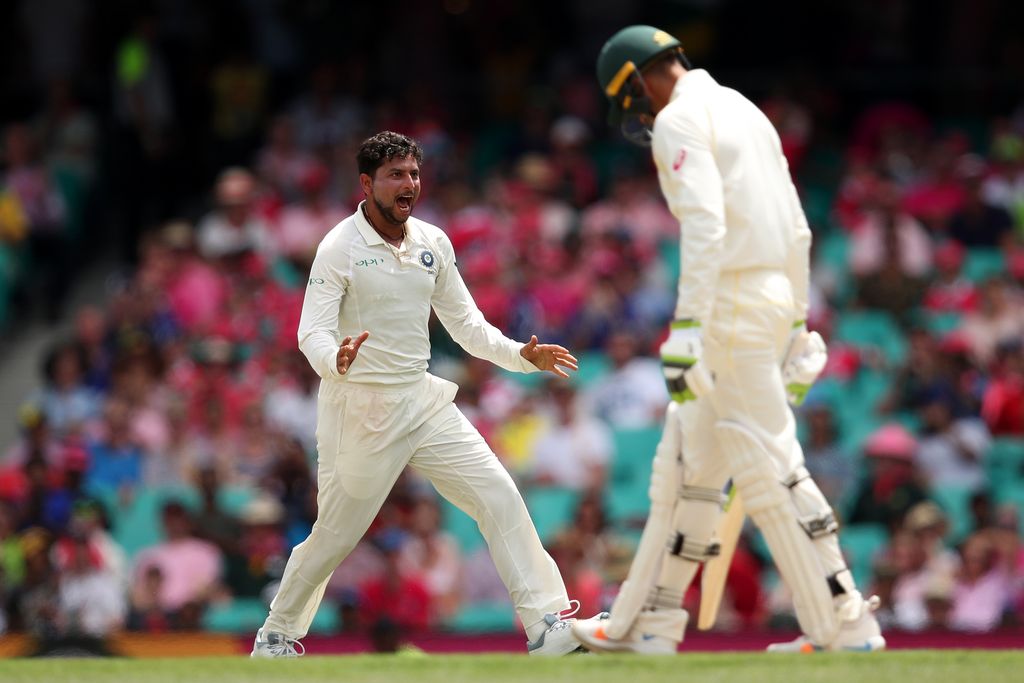 Australia’s batsmen again let them down on day three of the fourth and final Test against India in Sydney on Saturday.

The Aussies, who are 2-1 down in the series, suffered yet another collapse at the SCG as they closed out the day on 236/6, still trailing India by a massive 386 runs.

Openeras Marcus Harris and Usman Khawaja gave the hosts a strong start with the bat as they added 72 for the first wicket.

But Khawaja was the first to go, for 27, as left-arm spinner Kuldeep Yadav made the breakthrough.

Harris made his way to 79, his second fifty of the series, but he was undone by Ravi Jadeja.

Most of the home team’s batsmen got starts but both Marnus Labuschagne (38) and Travis Head (20) failed to kick on.

Peter Handscomb (28 not out) and Pat Cummins (25 not out) steadied the ship though as they added an unbeaten 38-run to take Australia to stumps.

Kuldeep was the most successful bowler with figures of 3-71 in his 24 overs while Jadeja had 2-62.