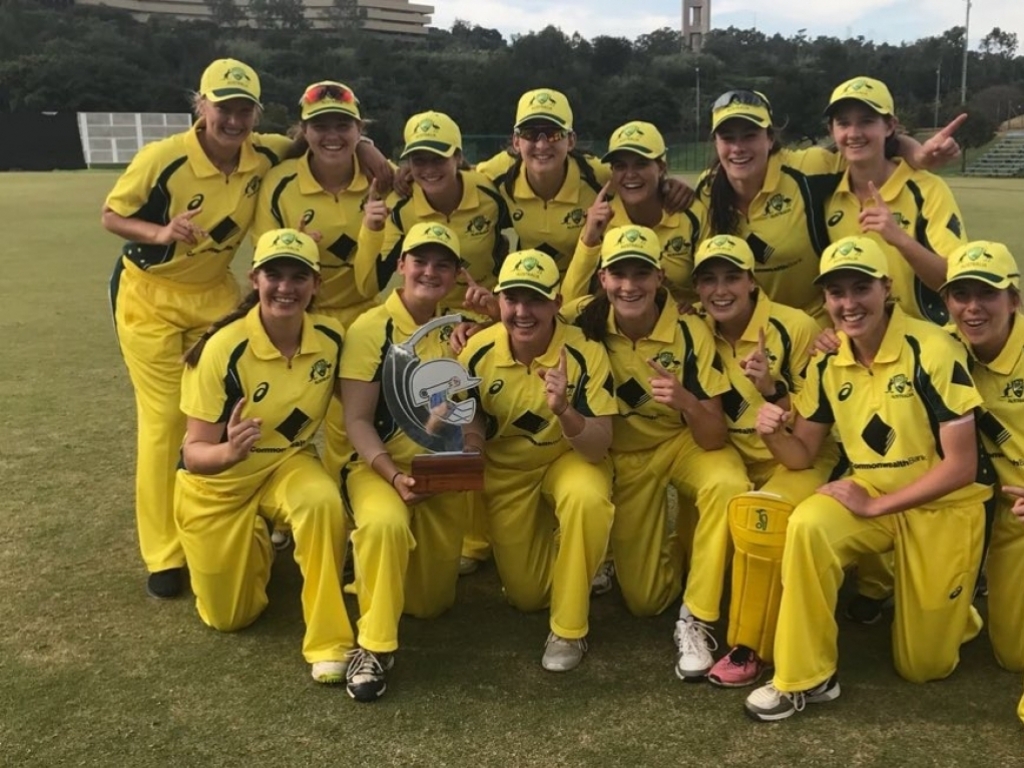 The Australia U19 side has claimed its first series win on its inaugural overseas tour having defeated South Africa Emerging players by 21 runs in the Emerging Women tri-series final in Pretoria.

Defending 192, Australia got off to a great start with the ball with fast-bowler Tayla Vlaeminck (6-27) removing the experienced Lara Goodall (0) on her first ball.

Vlaemick had a second wicket a few overs later but South Africa staged a fightback through Nadine de Klerk (48) and Sinalo Jafta (25) who combined for a 69-run partnership.

Spinner Georgia Wareham (1-17) got the big wicket of Jafta and when Vlaemick claimed her third wicket South Africa was 6-158 with the game in the balance.

With South Africa needing 35 runs to win, Vlaeminck tore through remainder of the South African batters to finish with six wickets and hand Australia a 21-run win.

Having lost the toss and been sent into bat earlier in the day, Australia’s tally reach 36 before opener Josephine Dooley (20) was dismissed.

A number of batters made starts but couldn’t turn them into big scores with Australia losing wickets at regular intervals.

Wareham (43) and Hannah Darlington (30) dug deep and along with a handy 21 to Vlaeminck and 19 to Courtney Webb, steered Australia to a competitive 192.

Speaking after the match, captain Rachel Trenaman said the tour was an invaluable experience for her side.

“We played seven matches and only lost two, so to stand up in a few tight ones as well is fantastic,” said Trenaman.

“We came over here to have a taste of what tour life is like and develop on a different continent. I’m really pleased with all the girls; everyone did a fantastic job.”

Coach Leah Poulton said the tour achieved its objectives and highlighted the importance of the under-19 age group within the player pathway.

“Our objective was to come away and give an overseas experience to some talented young cricketers, put them out of their comfort zone and give them a number of challenges in terms of opposition, conditions and then experiencing touring life.

“I think we’ve achieved that and I’m really proud of the way they’ve done,” said Poulton.

“It’s part of our identification system, we’ve got a pretty comprehensive pathway structure at home as well, so this is another element of quite a large system that we roll out for our young players.

“I think the pathway structure is really important for Cricket Australia in terms of maintaining (Australia’s) dominance moving forward.”