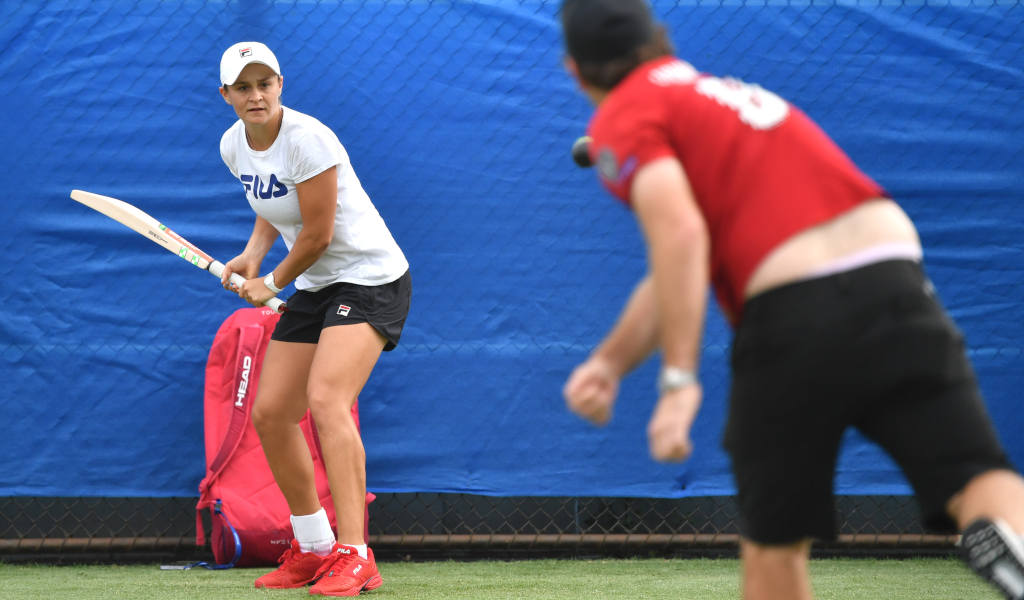 As Ashleigh Barty has called time on her tennis career it is fair to ask if she might consider a return to cricket.

Barty announced her shock retirement from tennis at the age of 25 on Wednesday, 23 March.

There has been some suggestion that Barty no longer had the passion for tennis that drove her to winning three Grand Slams.

Barty does still appear to have a considerable passion for the game of cricket, having been snapped enjoying an impromptu game at the Australian Open, earlier this year.

Her brief stint in professional cricket saw her turn out for Queensland and the Brisbane Heat in the WBBL.

Barty had described her spell as a cricketer as tonic for her soul after the loneliness of the WTA Tour.

“I was still enjoying life. I had nothing to complain about,” Barty said about her decision to take a break from tennis back in 2014.

“[But] I wanted to make sure I was all in or there’s no point doing it. It is tough when you’re by yourself and I think that’s why team sport is so appealing.

“There’s never a lonesome moment on the field if you’re struggling. There’s 10 other girls that can help you out and get you through the tough times.”

Barty’s head coach with Queensland and Brisbane Heat, Andy Richards believed she was good enough to play for Australia.

Richards detailed how quickly Barty picked up elements of the game of cricket and got up to speed with players who had been at it most of their lives.

“She hit 150 balls and probably mistimed five or six. She had never played before. She fitted into the squad very quickly and easily. She was honest and open about her struggles.

“She got obsessed with the training and we would have to tell her she didn’t have to come in and hit balls everyday. She said: ‘I just want to play a sport that has got a stick in it.’ She is a freak.”

It seems unlikely that Barty would dive back into cricket full-time, considering how much her tennis career has taken out of her.

However, she is an incredible athlete and it simply cannot be ruled out.