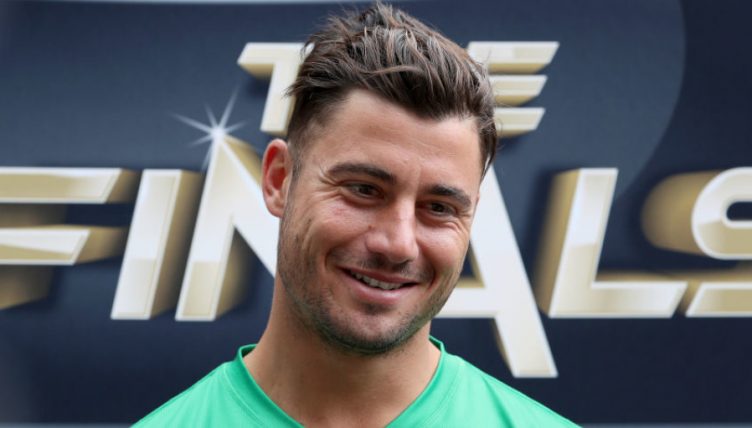 Australia all-rounder Marcus Stoinis has found himself on the outside looking in as far as international cricket is concerned, but says he received a great piece of advice from Matthew Wade that set him on the path to a return.

His place in the middle order has been assumed by Marnus Labuschagne and Stoinis hasn’t played since the 2019 tour to England. Stoinis lost his central contract in 2020, but is determined to fight his way back into the Australia fold.

With another trip to England on the cards, Stoinis has earned a recall to the expanded training group and says that Wade’s advice to focus on his own game appears to be paying dividends.

“I actually had a really good message from ‘Wadey‘ when he found out I didn’t have a contract,” Stoinis told cricket.com.au.

“He’s been in a similar boat throughout his career, and he just said, ‘Be the best cricketer Marcus Stoinis can be and if you do that every day, that’s going to be more than enough to achieve whatever you want to achieve.’

“That’s pretty much the way I see it at the moment.

Stoinis is not only hopeful of playing white-ball cricket for Australia, but dreams of earning a Baggy Green cap in the game’s ultimate format.

During Australia’s lockdown, Stoinis was afforded the opportunity to hunker down with close friend and Formula One driver Daniel Ricciardo on a farm owned by the Renault racer. He also spent time with another sporting friend in snowboarding Olympic bronze medallist Scotty James.

He says the two men gave him unique insights into professional sport and allowed him to see things from a different perspective.

“Us three, we’re quite similar characters in that we have fun and we’re quite relaxed, but we’re also quite in-depth thinkers about what we’re doing,” said Stoinis.

“Sometimes as cricketers, we indulge ourselves in things only cricketers talk about. All the clichés about the pressures of your own game, how important you think it is.

“But then when you talk to someone else about the game, they don’t care about any of that.”