Australia call up Carey for tour game at Derby 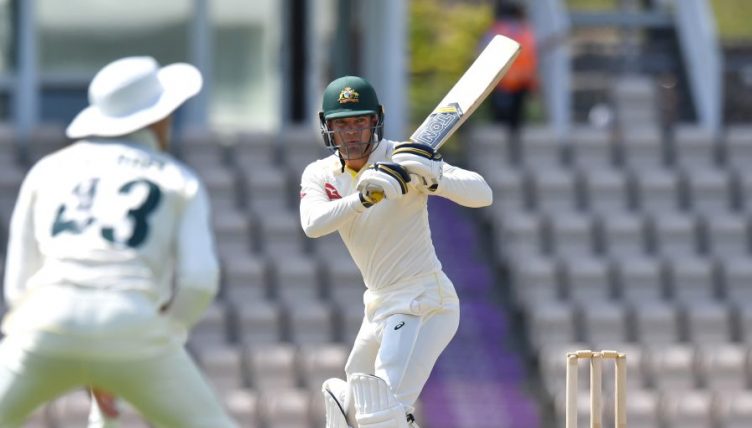 Australia have called in their World Cup wicketkeeper Alex Carey for the three-day tour game against Derbyshire this week to give beleaguered captain Tim Paine a rest.

Carey has not been officially added to the Ashes squad and will return to his county side Sussex after the game. To add to the intrigue, fellow keeper Matthew Wade is one of five members of the team that lost at Headingley who will feature in the tour game.

Paine has come in for criticism in the wake of that astonishing defeat in Leeds after wasting a review shortly before Ben Stokes was wrongly given not out when plumb in front against Nathan Lyon, who had bungled an easy match-winning run out chance the ball before.

David Warner, James Pattinson, Josh Hazlewood, Pat Cummins, Lyon and Travis Head are all also rested, with Usman Khawaja set to lead the side in Derby.

Carey will miss Sussex’s Vitality Blast fixture against Gloucestershire, but will return for their quarter-final.

A bit of a scare for the Aussies at training today, but the 🐐 is all good https://t.co/FR01tH79Z8

Australia suffered an injury scare when Nathan Lyon limped out of training having turned his ankle in a touch-football warm-up, but there appears no risk that he could miss the fourth Test at Old Trafford next week.

As expected, Steve Smith will continue his rehabilitation in the game at Derby – which starts on Thursday. Peter Siddle, who played the first two Tests, will get the chance to stake a claim as will Mitchell Starc, who is still yet to feature in the Ashes series. Khawaja confirmed on Wednesday that he will open the batting with Marcus Harris, who played at Headingley, despite the presence of Cameron Bancroft in the XI.

Australia’s new hero Marnus Labuschagne plays, but perhaps primarily as a bowler given the lack of a spinner in the XI and the presence of five other batsmen in the side in greater need of time in the middle.