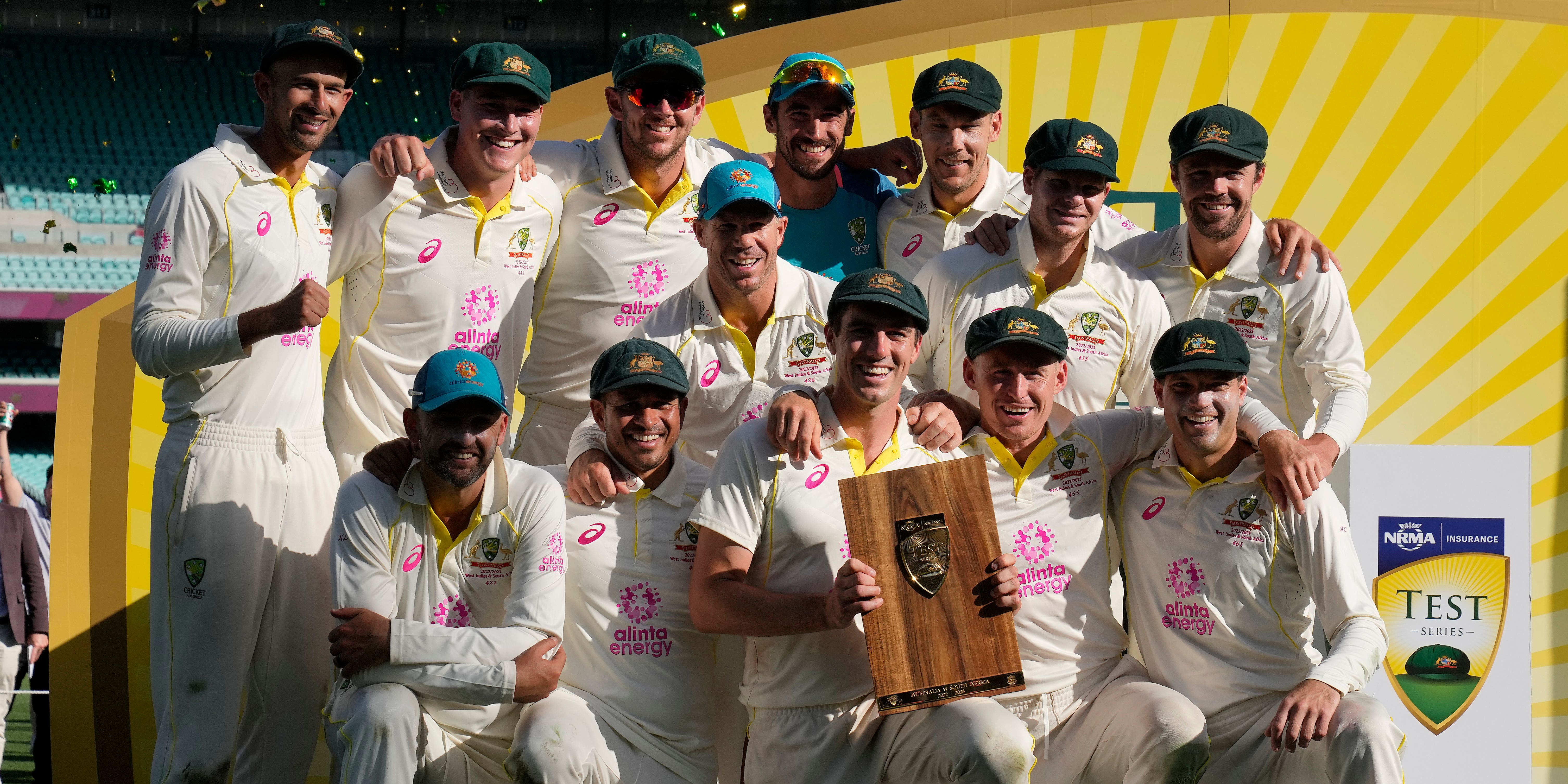 Australia missed their chance to seal a place in the World Test Championship final at The Oval after being held to draw in the third Test against South Africa in Sydney.

A win would have guaranteed the hosts a place in the June final but they will now head to India next month needing just one draw from their four-Test series.

South Africa were thoroughly outplayed in the first two Tests and looked set to lose the third until rain lost 49 overs across the first two days.

Following on after being bowled out for 255, the South Africans reached 106 for two largely thanks to an unbeaten 42 from Sarel Erwee.

Despite falling short of booking their place at The Oval, the result still meant Australia wrapped up a 2-0 series victory.