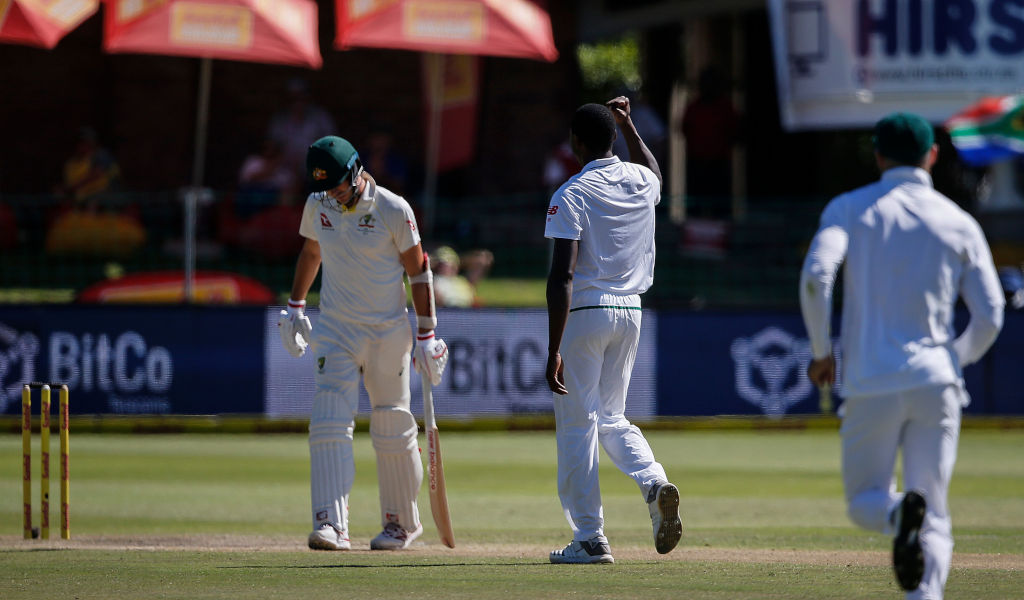 Cricket Australia (CA) are hopeful of visiting South Africa for the three-Test series they cancelled earlier this year with some time in 2023 being eyed by administrators.

Australia will host South Africa in a World Test Championship series in their home summer of 2022/23 but immediately afterwards will jet to India for a limited overs tour.

CA ruffled feathers in South Africa with their cancellation in February, but CEO Nick Hockley is confident that things have been smoothed over between the boards. The three-match Test series is set to be the first played between the nations in South Africa since the explosive 2018 series that ended in disgrace for Australia and sparked a cultural review.

“We’ve been working over recent months to look to reschedule, and we think we’ve found a window in the calendar in 2023 to reschedule that tour,” Hockley told a media conference in the wake of CA’s annual general meeting on Thursday 14 October.

“Our relationships with South Africa are very strong.

“As we said at the time, we were very disappointed and I know our players were extremely disappointed not to be able to go to South Africa.

“So we’re pleased we’ve been able to find a window in 2023 to reschedule that tour.”

Hockley also clarified that CA had not yet pulled the plug on the one-off home Test against Afghanistan. Officials from Australia had said there was now way they would host the country if the authorities in the troubled country barred women from playing cricket.

“We will be looking to confirm the status of the Test match relatively imminently.

“It certainly won’t be cancelled, it’s more likely it will be postponed until we’ve got a bit more clarity but we’re working through those details at the moment.”

The one-off Test against Afghanistan had been pencilled in to be played in Hobart in November but it seems unlikely that it will go ahead as planned. The match is to be the first in the format between Afghanistan and Australia.