Australia in control as wickets tumble at the Gabba 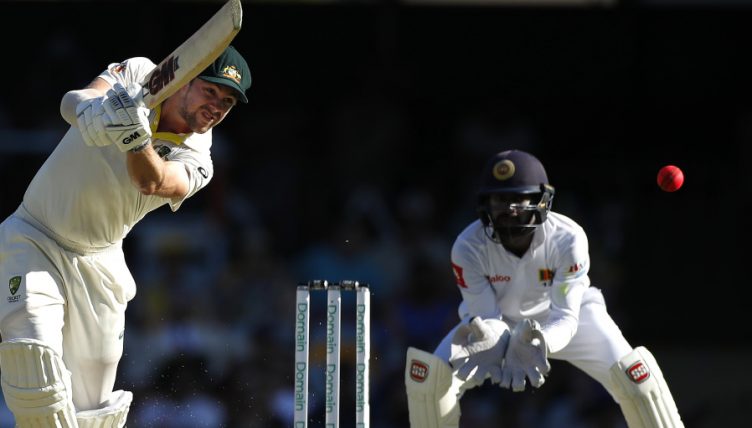 Australia may still be waiting for an individual hundred this summer but they are firmly on course for victory in the day-night Test against Sri Lanka at the Gabba after making 323 all out in reply to the tourists’ 144 and removing Dimuth Karunaratne for just three with the final ball of the day.

Both Marnus Labuschagne and Travis Head looked good for three figures before falling short, making 81 and 84 respectively, and Australia’s innnings rather fell away from 248/4 as Suranga Lakmal finished with a worthy 5/75.

A patient 30 from debutant Kurtis Patterson and an unbeaten 26 from Mitchell Starc at number 10 prevented the collapse being total, and 323 still represented a lead of 179 after Sri Lanka had been routed on day one.

Sri Lanka were left with six overs to survive before stumps and negotiated 5.5 of them before a perfect Pat Cummins outswinger kissed Karunaratne’s outside edge to land a crucial blow for Australia right at the end of the day.

That left the tourists 17/1 and still needing another 162 just to make Australia bat again in Brisbane.