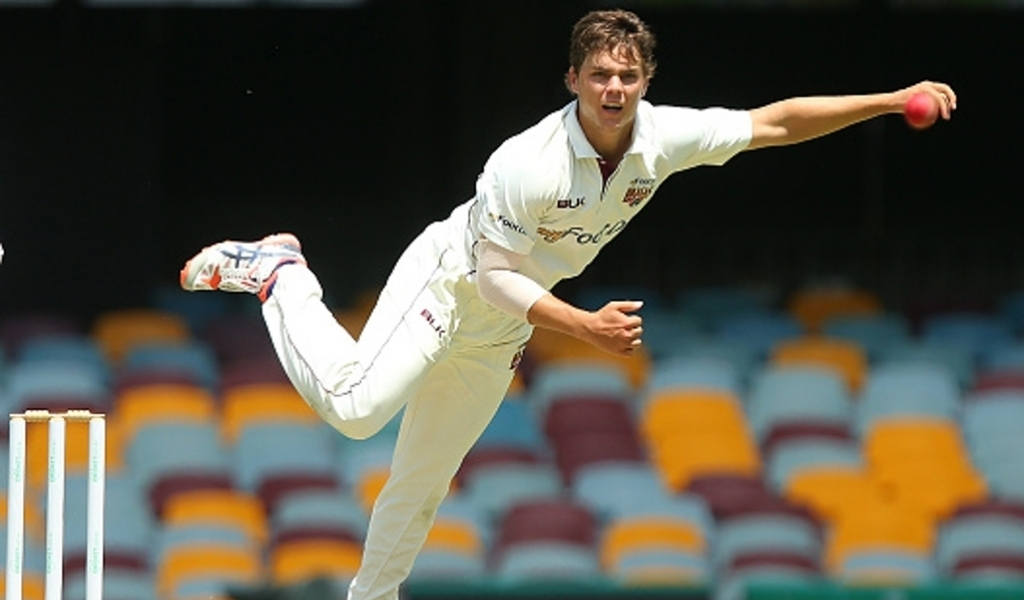 Queensland wicketkeeper Jimmy Peirson has backed his state teammate Mitchell Swepson to impress should he debut in Australia’s second Test in Karachi.

The series is all level after a flat pitch set up a bore-draw in the first Test against Pakistan.

Australia’s de facto number one spinner Nathan Lyon struggled to make an impact and got through a mountain of overs in the first Test at Rawalpindi.

That display has seen Australia consider finally handing a Test debut to Swepson.

Peirson believes that Swepson is ready for the step up having shown remarkable consistency in Sheffield Shield cricket.

“I’ve kept to him a long time and when he was younger he’d probably give you two or three bad balls an over, but as he’s gone on, and particularly the last two seasons, you just don’t get bad balls from him very often.

“It’s unbelievable consistency and he’s bowling all his variations and landing them exactly where he wants to.

“You pair that up with his cricket knowledge, how he’s understanding his game and how to play certain scenarios, and I think he’s starting to become the full package,” Peirson told ESPNcricinfo.

Peirson lauded Swepson’s ability to bowl on surfaces that don’t suit his bowling and feels he could be very dangerous in Karachi.

“At the Gabba he probably doesn’t get the spin he would usually get. He gets the bounce which is also his friend, but playing a lot more games down south, and on day three, day four wickets which have started to deteriorate he’s come into his own,” Peirson said.

“It’s fantastic to see that, knowing that if he does get the conditions then he’ll be really dangerous for Australia.”

Peirson opined that Swepson is best used as an attacking bowler but could also dry up the runs.

“First and foremost, Swepo is your attacking option, that’s why you are playing a legspinner,” Peirson said.

“He’s not like a fingerspinner, he’s not holding as the quicks attack from one end, he’s coming on to take wickets.

“That’s how we’ve used him in Queensland and I think how he will be used moving forward in most teams he plays for.

“When he’s attacking, setting good fields and the ball is spinning, the scoreboard will naturally stop because he’s bowling so consistently.”