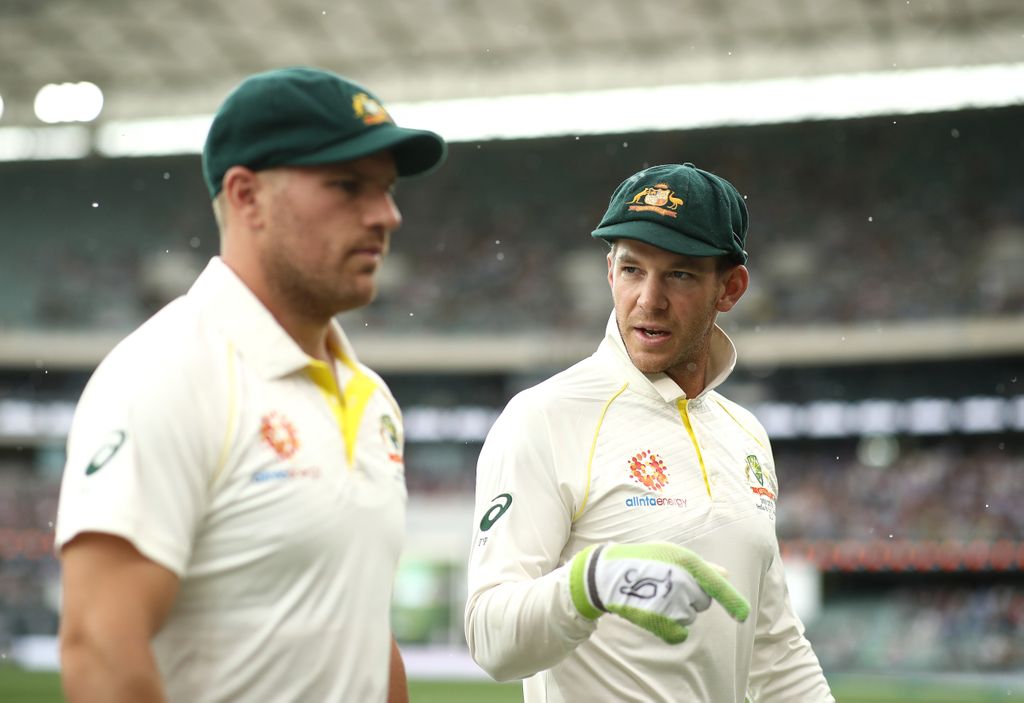 Cricket Australia agreed in principle to the concurrent tours as part of its commitment to playing its role in international cricket’s recovery from the impact of the pandemic.

Accordingly, the NSP has named separate playing squads for the series in New Zealand and South Africa.

“These are unprecedented times. Cricket Australia is committed to playing our role in international cricket while acknowledging the challenges of the pandemic and ensuring the health and safety of our players, staff and community,” said Ben Oliver, Cricket Australia’s Executive General Manager, National Teams.

“The Australian men’s T20I tour of New Zealand and Australian men’s Test tour of South Africa are important to both host boards and we have been working constructively with their respective management teams on the planning for both tours.

“We do not envisage replicating concurrent Australian men’s tours in the future, but we appreciate the need to do so now to assist our friends around the world during this challenging period for international sport and given the additional time requirements of mandatory quarantine periods.

“I take my hat off to all of the players, officials, staff and their families for their outstanding commitment to deliver international cricket throughout this pandemic.”

The Australian men’s T20 squad will be captained by Aaron Finch and coached by Andrew McDonald.

National Selector Trevor Hohns said the five-game series against the Black Caps would provide an excellent opportunity for several break-out performers from this year’s KFC Big Bash League to showcase their talents on the international stage, and to prepare for the ICC men’s T20 World Cup, to be played in India later this year.

“In a World Cup year, it’s exciting to select a squad that combines some of the biggest names in international T20 cricket with the best emerging players in the country,” Hohns said. “We like the balance of this squad for what should be a thrilling series against the Black Caps.

“The batting line-up will be strengthened by the inclusion of Matt Wade, who joins fellow experienced internationals such as Aaron Finch, Glenn Maxwell, Marcus Stoinis, D’Arcy Short and Ashton Turner.

“They will be complemented by some wonderful young talent in the form of Josh Philippe and Ben McDermott, both of whom have been in strong form this BBL campaign.

“We are fortunate to have some excellent all-rounders to choose from which is reflected in the selections of Mitch Marsh, Daniel Sams and Ashton Agar along with the likes of Maxwell and Stoinis.

“Adam Zampa has developed into one of the best spinners in international white ball cricket and we have been most impressed by Tanveer Sangha, who has been brilliant throughout the pathways and with the Sydney Thunder this season.

“We are similarly buoyant about our fast bowling stocks. Jhye Richardson, Riley Meredith and Jason Behrendorff have all impressed during the BBL and Kane Richardson and Andrew Tye are proven performers on the international stage.”

The NSP has announced the following 19-player squad for the proposed Qantas Australian men’s Test tour of South Africa:

The Australian men’s Test squad would be captained by Tim Paine and coached by Justin Langer.

CA has previously stated its intention to complete the three-Test tour of South Africa, which forms part of the Future Tours Program and the World Test Championship. The tour is subject to final sign-off between the CSA and CA boards.

Hohns said he was confident the Australian men’s team would rebound strongly from the thrilling, though ultimately unsuccessful, Border-Gavaskar series should the Test tour of South Africa be confirmed.

“When presented with the challenging task of selecting two concurrent Australian men’s squads for overseas tours, we picked our first-choice Test squad given the importance of the proposed series against South Africa,” Hohns said.

“The squad is quite similar to that selected for the final two Tests of the recently-completed Border-Gavaskar series, with the exception of Matt Wade, who will join the Australian men’s T20I squad in New Zealand, and the addition of Alex Carey, who has been in strong form with both bat and gloves.

“David Warner, Will Pucovski and Marcus Harris all opened at different stages against India and should be well-suited to the conditions in South Africa. Marnus Labuschagne and Steve Smith were in good form during the Australian summer and Travis Head has an opportunity to reclaim the No. 5 spot.

“We’ve been very impressed with Cameron Green’s first foray into Test cricket as an all-rounder batting at No. 6 and we have great depth with the in-form Moises Henriques also in the squad.

“Tim Paine was excellent at No.7 against India and as a batsman, wicketkeeper and captain still has much to offer in the Test arena.

“It is testament to the depth of Australian cricket that the NSP has been able to select two Australian men’s international squads of such quality.”

Oliver said he looked forward to Paine once again leading Australia in the Test arena.

“Tim Paine has been an outstanding captain since taking over the Australian men’s Test team in incredibly difficult circumstances,” Oliver said.

“Tim has the support of the team, the coach and everyone else at Cricket Australia and the result of the Border-Gavaskar Trophy series has done nothing to diminish that.

“Tim is in career-best form with the bat and, while the series against India was not his best with the gloves by his own admission, he remains in the top echelon of wicketkeepers globally.

“And as a leader, he has been brilliant. To captain a squad through the many challenges presented by the pandemic – not least the unique pressures of hub life – is no easy task and Tim did that with strength, humility and good humour.

“After a series that attracted so much global interest, it was inevitable there’d be scrutiny. But some of the commentary surrounding Tim and his position as Test captain has been wide of the mark.

“We’re fortunate to have such outstanding Australian team captains in Tim, Aaron and Meg.”