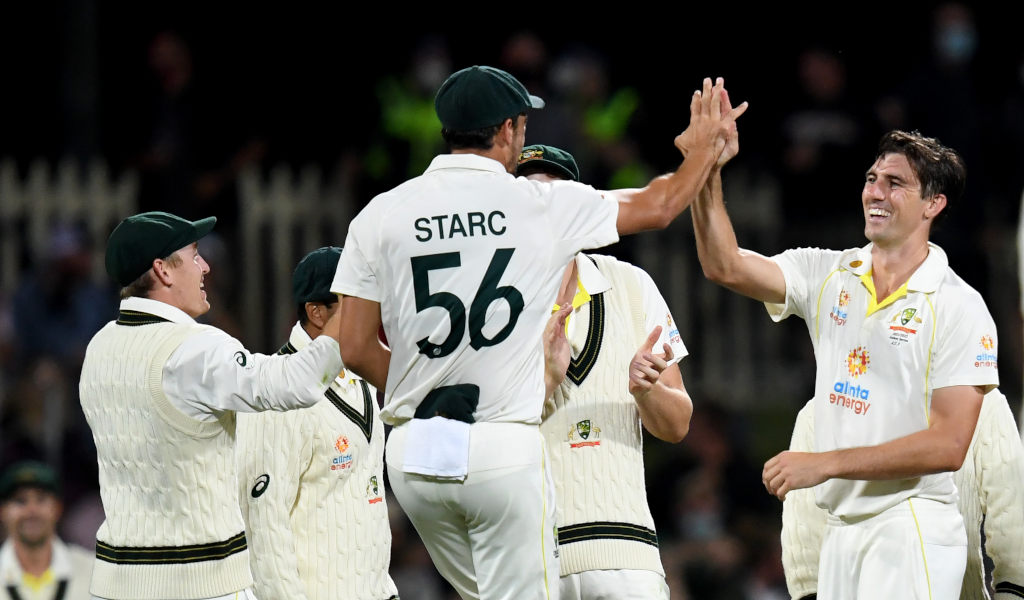 Australia claimed a historic victory against Pakistan on Friday, taking the three-Test series 1-0 with a 115-run win on the fifth day of the last match in Lahore.

Australia are in Pakistan for the first time since 1998, having previously refused to tour over security fears.

Jubilant crowds of Pakistani cricket lovers have flocked to stadiums in Rawalpindi, Karachi and Lahore throughout the series in full support of both Pakistan and Australia, undeterred by the presence of heavy security.

Set a challenging 351-run target in the final test, Pakistan were bowled out for 235 with Imam-ul-Haq scoring 70 and skipper Babar Azam 55.

Cummins was named man of the match after a five-wicket haul in the first innings.

The skipper felt the batsmen set up the victory though.

“In the first innings, the way we batted and got ahead of the game was fantastic,” Cummins said.

“Thought 350, if they batted really well they were in the game, but thought if we bowled to our potential it was a long way away. Glad we got there in the end.

“The trend of the game was the first couple of wickets were really hard to get then the run rate came down and wickets came up. Thought the way we applied ourselves today, everyone was up for it.

“The really great thing about the whole series, we played well in the Ashes, and each individual’s game can be transferred anywhere in the world. Even more than the 15 days, we’ve been so well looked after. We didn’t really know what to expect but it’s been an amazing experience. The whole spirit has been fantastic. A lot of fun. It’s been even more important than just the result.”

Usman Khawaja did his bit

Man of the series Usman Khawaja was thrilled to be honoured on his return to the country of his birth.

“We’ve had a lot of fun,” said Khawaja. “Just want to thank Pakistan and the fans. We’ve had a great time. Everyone has been really welcoming. To win this game is the icing on the cake. I think 350 with four sessions was a good target. I didn’t really think they could that score. There was enough in that wicket. Was the hardest wicket I’d batted on. Felt like the hardest hundred I’d got.”