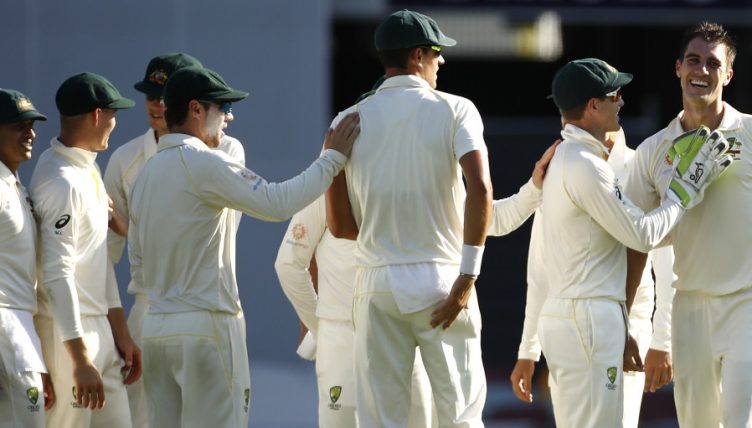 Australia’s pace attack took the honours on day one of the day/night Test against Sri Lanka at the Gabba as the tourists were rolled over for just 144.

Joe Burns and Usman Khawaja fell before stumps but an unbeaten 40 from Marcus Harris steered Australia to 72/2 and a dominant position at stumps.

Pat Cummins led the way with four wickets, while debutant Jhye Richardson claimed three and Mitchell Starc two to take him past 200 scalps in his 50th Test.

Things could have been worse still for Sri Lanka, who had slipped to 66/5 before a typically counter-punching 64 from just 78 balls by keeper-batsman Niroshan Dickwella lifted the score towards respectability.

The late wickets of Burns, brilliantly caught at second slip by Kusal Mendis off Suranga Lakmal, and Khawaja, dismissed for the fourth time by Dilruwan Perera, will have given Sri Lanka heart going into day two. Nathan Lyon saw out the day as nightwatchman, and early wickets will be the order of the day for the tourists when play resumes.