Australia use their Head to take full control against New Zealand 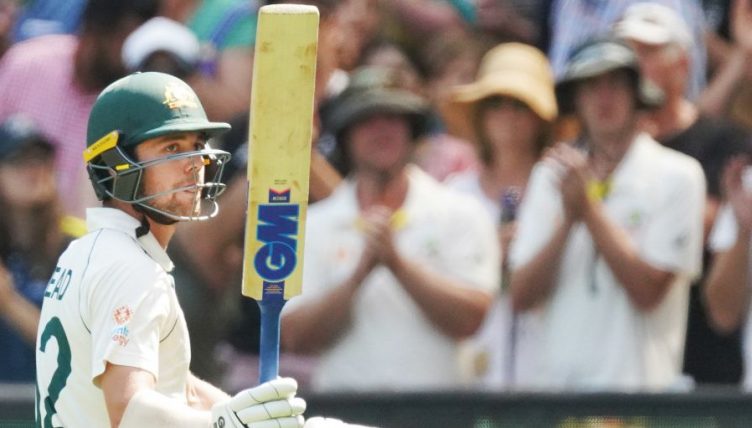 The hosts then made early in-roads into the New Zealand batting, including claiming the prized scalp of Black Caps talisman Williamson for nine, as the tourists closed day two on 44 for two.

Tom Latham and Ross Taylor, who successfully reviewed an lbw ruling in the closing overs, will resume on nine and two respectively as New Zealand, who trail 1-0 in the three-match series, attempt to avoid the follow-on.

Australia may have finished the day firmly on top but it was New Zealand who started it the better.

They managed to dismiss dangerman Steve Smith after he had added just eight runs to his overnight 77, the prolific batsman steering a Neil Wagner bouncer to gully where Henry Nicholls took a superb catch.

That left Australia on 284 for five but it proved to be New Zealand’s only success in the opening 58 overs of the day as Head and Paine joined forces to take Australia past the 400-mark.

A late collapse saw Australia lose their final five wickets for just 33 runs, Wagner finishing with four for 83 and Tim Southee three for 103, but the hosts would have been happy with their lot, especially after taking two late New Zealand wickets.