Ball delighted to find form for Notts ahead of England duty 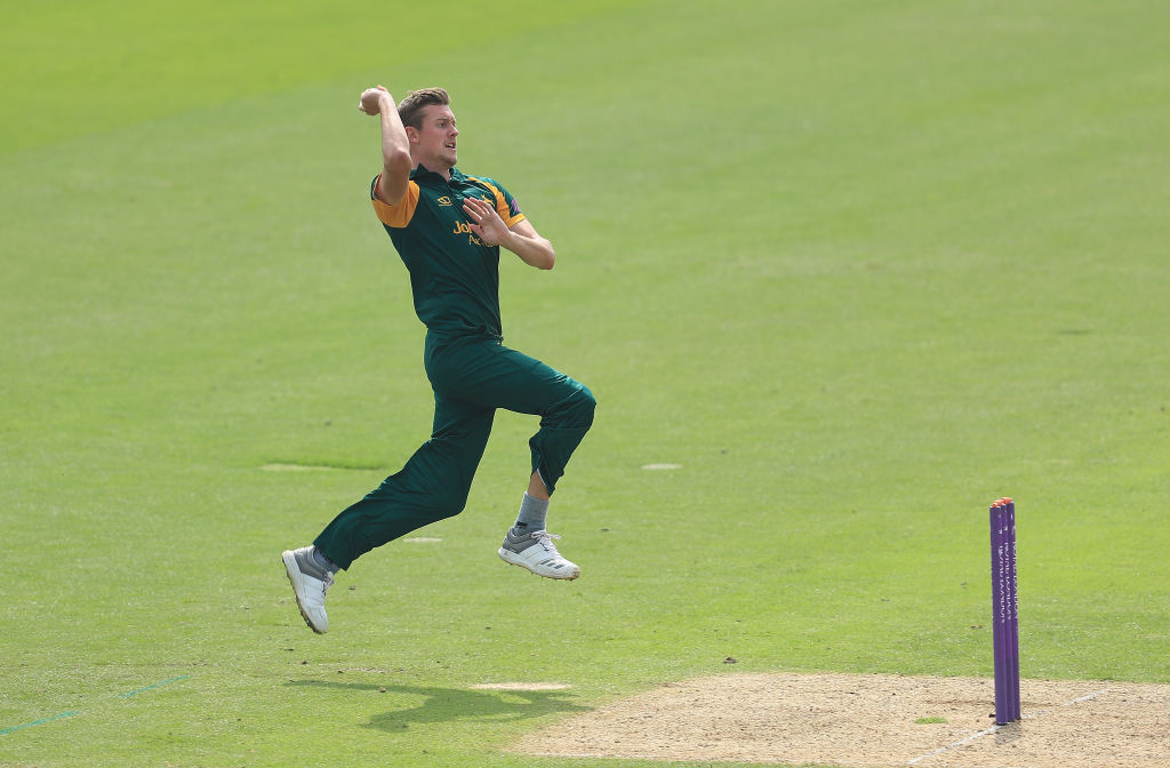 England and Nottinghamshire seamer Jake Ball is thrilled to be finding some rhythm and taking wickets ahead of the ODIs against Scotland and Australia.

Ball took 4-29 as Notts clinched a place in the Royal London One-Day Cup Semi-finals with victory over Derbyshire on Thursday.

“That’s definitely the type of performance we were looking for, and the one I was looking for as well,” said Ball.

REPLAY | Are you ok after taking that catch @AlexHales1? #Outlaws pic.twitter.com/mRupnZFKeK

“After getting news of the (England) recall, I felt it was important to give myself a bit of momentum going into the series and I managed to do that. I’m really looking forward, hopefully, to pulling on that England shirt again now.

“The lads, as a whole, were fantastic. Matt Carter has come in and been a revelation and bowled better than any spin bowler out there that I’ve seen this season.

“He’s been brilliant, so that’s been a huge bonus to go with Mull, Fletch and Samit, who have played so much white ball cricket that they really know what they’re doing. That experience showed today.

“When your chasing small scores like that, you want someone to put a dint in it early and I think Riki is the ideal man to do that.

“As soon as that over where he scored 28 off it (four sixes and one four) was done, it put the game to bed.”

Even though Ball will not be part of the knockout phase he was delighted to help his County stay on track to defend the title they won last season.

He added: “That’s the perfect game to go into the play-offs with. We were looking for a complete performance and I think that was about as close as you can get.”