Carey: Lack of games no excuse for Aussies 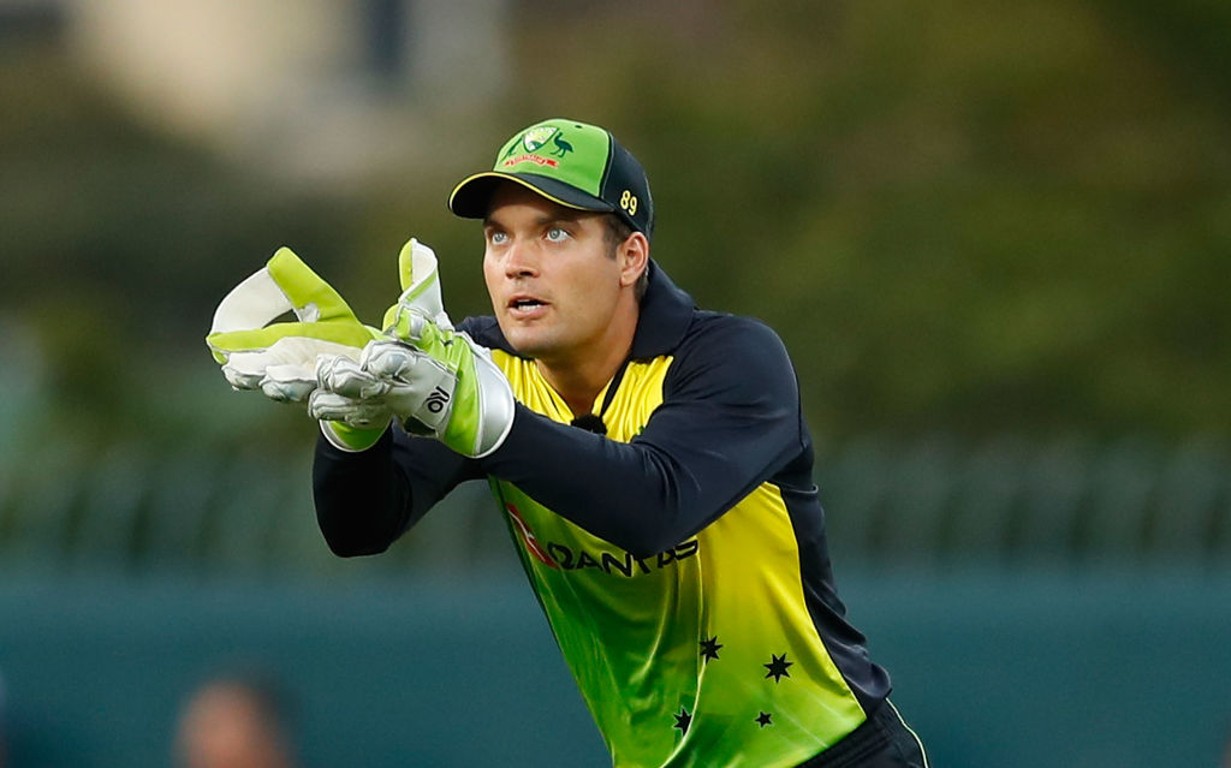 Australian wicketkeeper Alex Carey believes the tourists can overcome a lack of competitive action over the past six months when they take on England in next month’s white ball series.

Australia haven’t played a match in anger since March due to the coronavirus outbreak, while upcoming opponents England have played numerous Tests and white ball matches against Pakistan, Ireland and the West Indies over the past two months.

The Aussies flew out of Perth on Sunday for the United Kingdom where they’ll arrive and quarantine in Derby ahead of the first of three T20 Internationals in Southampton on Friday 4 September.

The bio-secure hub means Australia will only be able to play intra-squad matches in Derby as preparation for the series.

“We’ve had six months off to have a really big pre-season so we should be really fit and strong,” former Australia vice-captain Carey said.

“It’s just really exciting. We’re all keen to get over and embrace the challenge of hub life. We want to go over and play great cricket.”

Carey was part of the Australia side which lost to England in the semi-finals at last year’s World Cup.

The wicketkeeper-batsman was struck in the head and left with a bloodied shin in that match where he carried on to make 46 but couldn’t rescue Australia’s stuttering innings.

South Australian Carey finished with Australia’s second best average behind David Warner at the World Cup with 62.5, but the runs weren’t as freely flowing, making 375 from nine knocks including three half-centuries at a strike rate just over 100.

He said there was personal and general determination among the group to better their performances from last year’s World Cup this time around.

“I’m really keen to get back over,” Carey said. “I would’ve liked to have performed a bit better in the last series but that’s cricket and batting sometimes down the order.

“I’m really keen to build on my past 12 months as a whole. I’ve made some good ground there, but obviously you want to keep performing at that level.”

He continued: “Obviously we didn’t finish off how we would’ve liked to in our last game in England in the semi-finals, so to go back there and play against the number one ranked team in one-day cricket is really exciting.

“We’re number one ranked in T20s so we can’t wait to keep building that form. It’s going to be a really exciting trip in terms of cricket but it’s also exciting to embrace the challenges.

“We’ve had lots of briefings on what it’s going to be like but once we’re over there it’ll be an eye opener.”