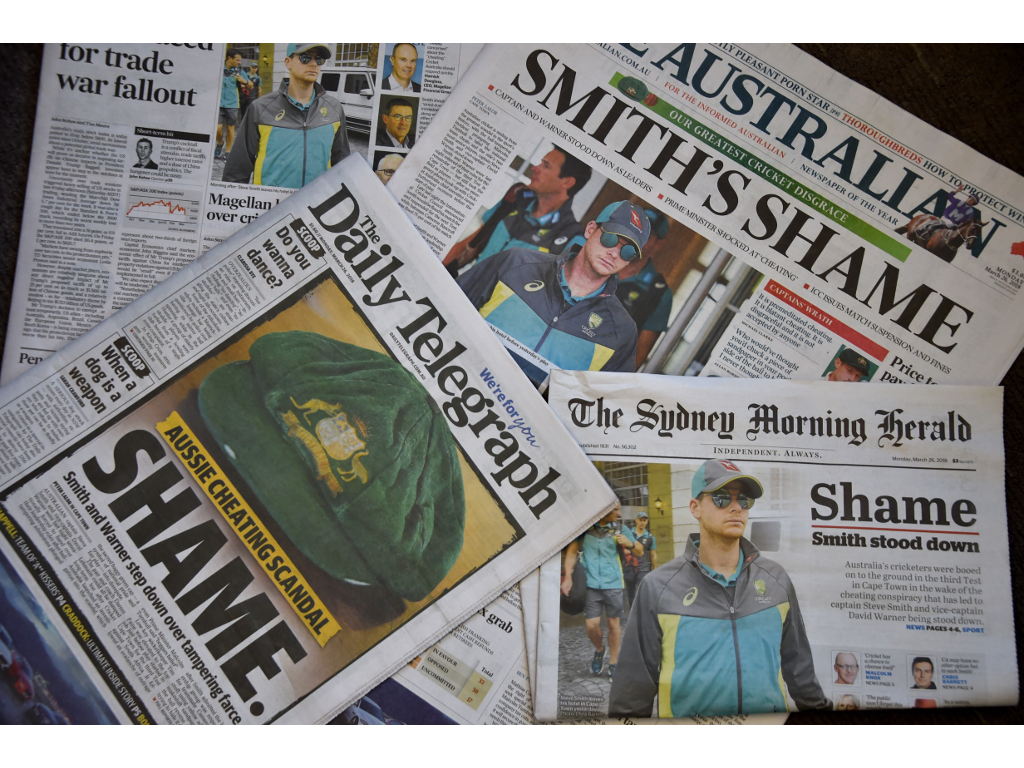 Welcome to Cricket Today your window into the world of Australia’s great shame and a few other things that may have happened in cricket in the last 24 hours.

John Nicholson is back with another of his highly anticipated pieces for us over here at Cricket365, this time he has to admit his dad was right about Australians.

There was a a scrum at the airport as Steve Smith scrambled to get back to Australia after learning he would be banned for a year for his role in the ball tampering scandal.

Smith and Warner will also miss out on their IPL deals.

We look ahead to the Proteas opportunity to make history at the Wanderers.

Lehmann issued a public apology after CA cleared him of wrongdoing in the ball tampering fuss.

Worcestershire have signed Martin Guptill and Callum Ferguson for the 2018 Blast.

At the Cobras awards Pieter Malan was the big winner.

Former England skipper David Lloyd doesn’t think the bans for the trio of Aussies involved in ball tampering are too severe.

Plenty of opinions floating around about #Sandpapergate here are a few…

I can’t believe for one minute that only three players knew what was going on…bowlers, coach and bowling coach weren’t involved in discussions of how to get the ball moving…whether it be by cheating or not! 🧐🤨 #sandpapergate

So, three batsmen hatched a plan to tamper with the ball to HELP the bowlers. And bowlers didn’t know about it. I need time to process this. #SandpaperGate

In hindsight, this doesn't look too clever…

Now over to our official spokesman… #Sandpapergate pic.twitter.com/8I1IUY2eJl

OK we could go on all day here but we have to stop somewhere.