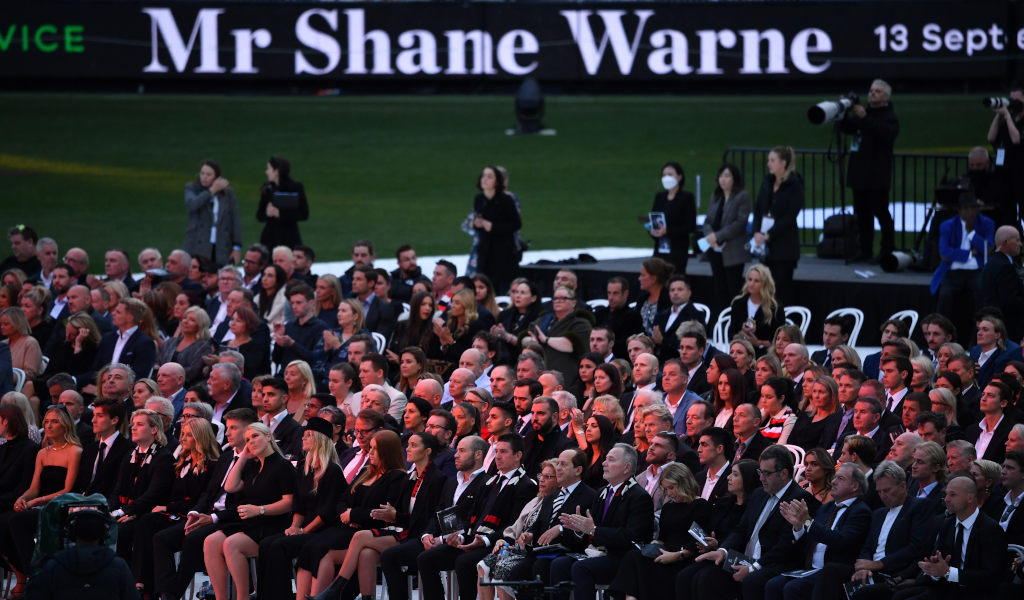 Crowds have started to gather at the Melbourne Cricket Ground as the sport prepares to say its final goodbyes to Shane Warne.

A private funeral has already been held, attended by dozens of celebrities including ex-England captain Michael Vaughan, but a state memorial service is being held at Warne’s beloved MCG on Wednesday.

Mourning and celebration of Shane Warne

Allan Border, Warne’s first Australia captain, said on Sky Sports: “There’s a sense of sadness but at the same time an opportunity to celebrate a remarkable life, a remarkable cricket career and one of our great friends.”

Reflecting on his first memories of Warne ahead of a service where around 50,000 spectators are expected to attend, Border added: “He was instantly likeable, that was a solid start.

“I just liked the way he went about his work and the character he brought to the team.

“There was a little bit of cockiness about him, this young, fresh face with the peroxide blond hair and the stud earring and the rest of it that went with it. Instantly there was something there.”

Warne ended his career with a then world record 708 wickets in 145 Tests, which has since been surpassed by Sri Lanka’s Muttiah Muralitharan, and recorded a further 293 one-day international wickets, helping Australia to 1999 World Cup glory.