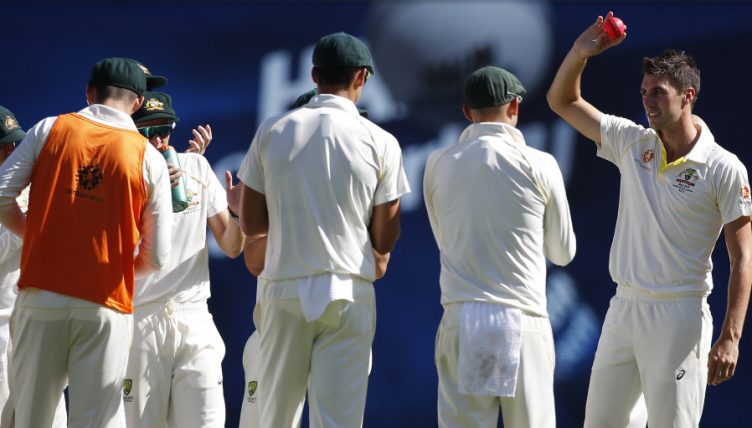 Pat Cummins took six for 23 as Australia bowled out Sri Lanka for 139 to win the first Test in Brisbane by an innings and 40 runs inside three days.

Sri Lanka resumed on 17 for one, trailing by 162 runs, and captain Dinesh Chandimal fell to the eighth ball of the day to become Cummins’ second victim and quickly set the tone.

He added the scalps of Kusal Mendis, Roshen Silva and top-scorer Lahiru Thirimanne (32) for a five-wicket haul.

Dhananjaya De Silva and Niroshan Dickwella both fell to Test debutant Jhye Richardson (two for 19) and Cummins removed Dilruwan Perera to finish with match figures of 10 for 62.

Suranga Lakmal hit 24 but when he was stumped off Nathan Lyon, and with Lahiru Kumara absent hurt, the game was over.

Vice-captain Cummins told BT Sport: “The pitch helped a lot, it was a beautiful Test wicket, and just the discipline our unit showed – I think it’s the best we’ve bowled all summer.”