Finch: T20 World Cup postponement an opportunity for players to earn a place 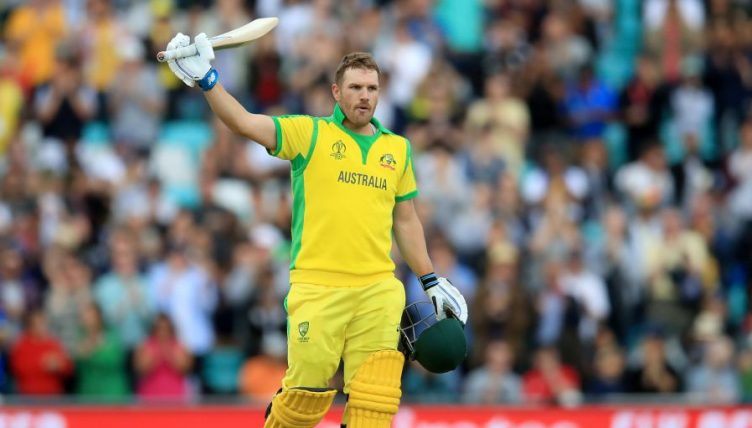 Australia’s white-ball skipper Aaron Finch says that the postponement of the T20 World Cup presents an opportunity for fringe players to stake a claim for a place in their squad in 2021.

The 2020 T20 World Cup was set to take place in Australia from October, but the event was postponed, with the ICC opting instead to go ahead with a 2021 tournament in India as the next major international tournament.

Australia begin their preparation for that event with a tour of England in September when they are scheduled to play a trio of T20Is, and the same number of ODIs.

Finch says the tour presents an opportunity for young players and those on the fringes to press for a place in the World Cup 15.

Australia have picked three uncapped players for the tour in Josh Phillipe, Daniel Sams and Riley Meredith while Glenn Maxwell, Marcus Stoinis, Nathan Lyon and Andrew Tye have been recalled to the squad.

“What it does do is give people an opportunity to jump out of the pack and really make a great case to be part of that final 15 for the World Cup in India,” Finch said in quotes carried by cricket.com.au.

“The fact it’s been pushed back 12 months, and it’s in India, it doesn’t really change the way we structure up the side because we feel like we had a lot of bases covered. Depending on wickets and conditions that we could go either way with that structure.

“We’ve played some really good consistent cricket in T20s over the last 18 months to two years, so that’s something we’re really comfortable with.

“But it does keep guys on their toes who have been in that playing 13, 14 over the last couple of years to continue to keep performing at a high level.

“More guys will get opportunities no doubt.”

Finch feels the biosecure protocols which necessitate large playing squads be brought along on tours are a blessing in disguise which could help teams expand the depth of their talent pool.

“Having a big squad is actually really important,” Finch added. “You’ve got to have contingencies for every possible scenario – that goes for the staff as well.

“It gets to a point where if someone gets a runny nose, they’re going to have to isolate so you have to have enough people there to cover enough different roles.

“We think it’s a really good opportunity to get some new guys around the squad and expose them to the Australian environment, not just playing but just travelling and training.

“Everyone in that squad is there to play a role if needed. I can’t tell you exactly if there will be 12 blokes play, or 14, or 18, or all 21… But if the opportunity is there these guys are more than equipped to play.”