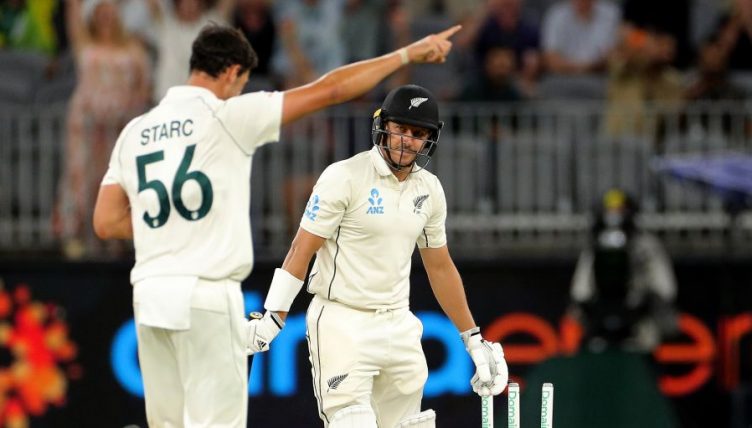 Mitchell Starc took four wickets to put Australia in the driving seat of the first Test against New Zealand in Perth.

Marnus Labuschagne was dismissed for 143 as Australia added 132 runs to their first-day score of 284 for four to reach 416 all out.

New Zealand slipped to one for two after 10 balls as Starc removed Tom Latham for a duck and Josh Hazlewood bowled Jeet Raval.

Captain Kane Williamson (34) and Ross Taylor (66 not out) put on 76 for the third wicket but their stand was broken by a terrific diving catch from Steve Smith in the slips to give Starc his second scalp.

He then had Henry Nicholls caught behind before bowling nightwatchman Neil Wagner for a first-ball duck as the visitors slipped to 109 for five at stumps – a deficit of 307 runs in the day-night Test.