Handscomb insists Aussies will be ready for Tigers 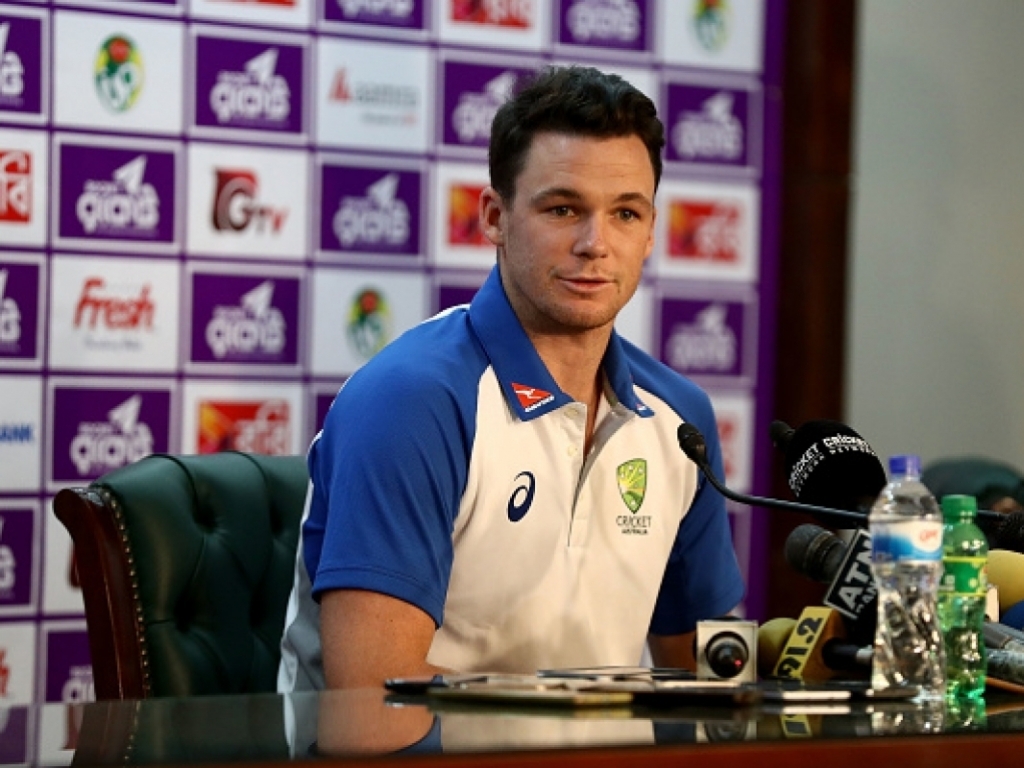 Australia batsman Peter Handscomb insists the tourists won’t be underprepared for the first Test against Bangladesh despite the Aussies’ practice match being in danger of being cancelled.

The visitors are scheduled to play a Bangladesh Cricket Board XI in a two-day encounter starting on Tuesday in Fatullah but monsoonal rain saw the ground come under severe flooding with the practice match now in doubt.

Australia’s team staff will visit the Khan Shaheb Osman Ali Stadium on Monday morning to inspect whether the game can go ahead with the first Test scheduled for Mirpur from 27 August.

The Aussies are coming off pre-season and the only game time they have had was an intra-squad game in a pre-tour camp in Darwin last week.

Handscomb said: “I don’t think we’d be going into that first Test cold, whether the tour match goes ahead or not.

“We had a great preparation up in Darwin, we managed to play a three-day game intra-squad game there.

“I think everyone got what they needed out of it and we know obviously the BCB are doing everything they can to get the pitches up for us and whatever training we can get here, depending on the weather of course.

“I’m sure the boys will be fine and ready to go.”

Australia will play two Tests in Bangladesh, the first tour to  the country since 2006, with the second game set to take place from 4 September in Chittagong.