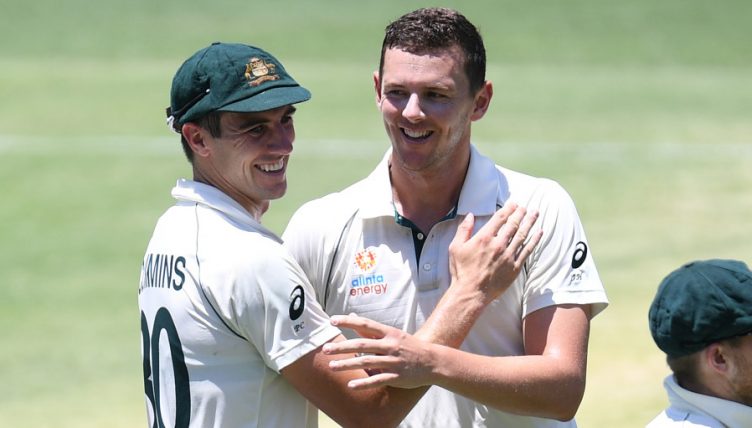 Archer put at risk England’s series against the West Indies and potentially upcoming series against Pakistan and Australia after leaving the bubble for one hour to visit his Hove apartment.

Hazlewood, 29, was named as part of Australia’s provisional 26-man squad for the September series, which still needs to be rubber-stamped by both national bodies and government agencies.

The Tamworth-born quick and his national team-mates haven’t been required to uphold any restrictions beyond government advice in Australia.

He insisted the Australians would fully adhere to the stricter rules if the England series go ahead, noting numerous examples from Australia’s domestic football codes, the National Rugby League (NRL) and Australian Football League (AFL), along with Archer’s.

“I think Jofra is obviously one example,” Hazlewood told reporters in Sydney on Monday morning. “There’s been examples in the NRL and the AFL as well. We’ve got to keep those strict lines in place to get the sport to go ahead.

Hazlewood said Cricket Australia (CA) had been providing regular updates to national squad members, with a view to September’s series which would be Australia’s first since the cancelled One Day Internationals against New Zealand.

“We’ve been having fortnightly updates,” he said. “Now that 26-man squad has been picked, we’ll probably have another chat this week.

“Things change week to week. A few eyes are on how (England’s series against) West Indies is going.

“Everything in that series seems to be going pretty well. We’ll take a lot from that.

“We’ll keep moving forward. CA are keeping us up to date as much as possible.”

Hazlewood referenced Dom Sibley’s biosecurity breach in England’s Second Test against the West Indies, when he applied saliva to the ball.

The big NSW quick said he and his state were proactively trying to break the habit of applying saliva.

“It’s a pretty natural habit,” he said. “We’ve been doing it since we were five years old, so it’ll take a while to break that habit.

“We’re trying to break it at training. It’s hard but coming along.”

He added it wouldn’t be an issue for the England series which will consist of three T20 Internationals and three One Day Internationals given the use of the white ball.