Home Countries Australia Hazlewood out of final Test against Bangladesh

Hazlewood out of final Test against Bangladesh 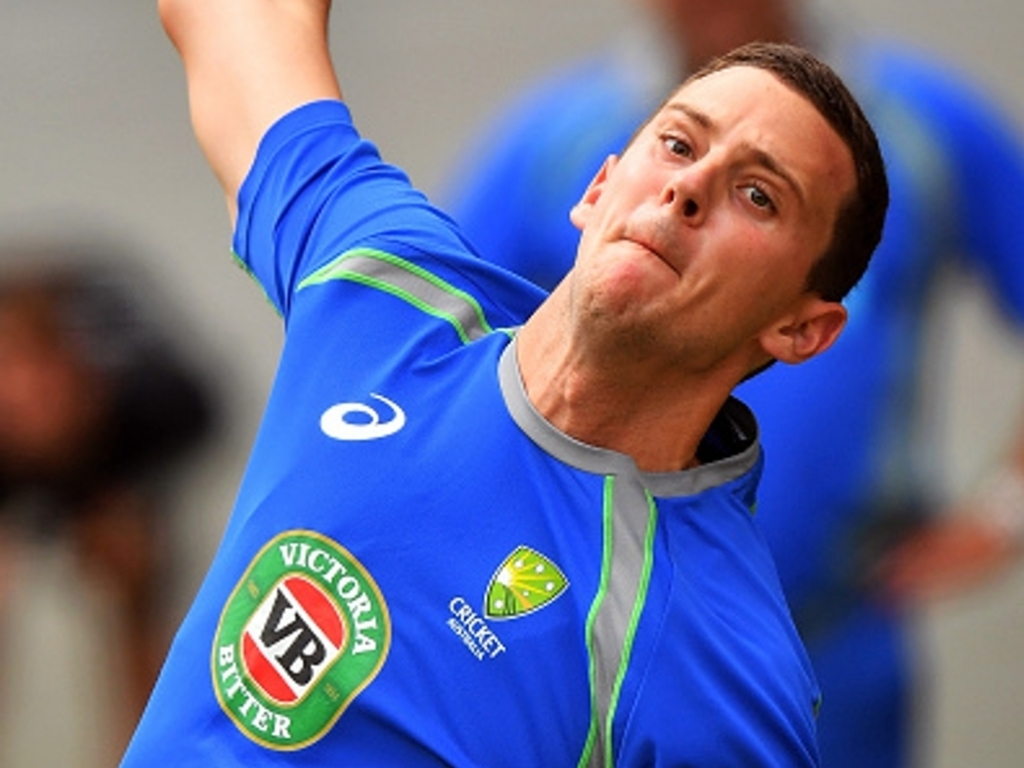 Australia seamer Josh Hazlewood will miss the second and final Test against Bangladesh and the ODI tour of India after suffering a side strain on day three of the first Test in Mirpur.

Hazlewood bowled one ball in the second over of the day and felt his side and after consulting with his captain Steve Smith decided to leave the field.

By the close of play, Australia’s management said that the right-arm bowler will bat if he is required to on day four but will return home after the game.

It could take Hazlewood a month to recover from the injury which will rule him out of the Aussies’ ODI series in India in October and November.

Pat Cummins, who with Hazlewood was Australia’s only pace bowlers in the first Test against Bangladesh, said his fellow fast bowler will be sorely missed with Jackson Bird the only other seamer in the squad.

Cummins said: “He’s going to be really hard to replace. He’s played all but one of the last 30 Tests. He said it is going to be pretty hard sitting at home, watching; he hasn’t done that for three or four years.

“So he’s a big member around the group. I am going to miss having dinner with him every night, but we have got Jackson Bird waiting in the wings, which is great.

“He’s been bowling beautifully here. Again, someone who has been around the team a long time and been bowling really well.

“Had some great performances for Australia in the past as well. It’s not good to miss Joshy, but we’re lucky we have such a strong squad over here.”