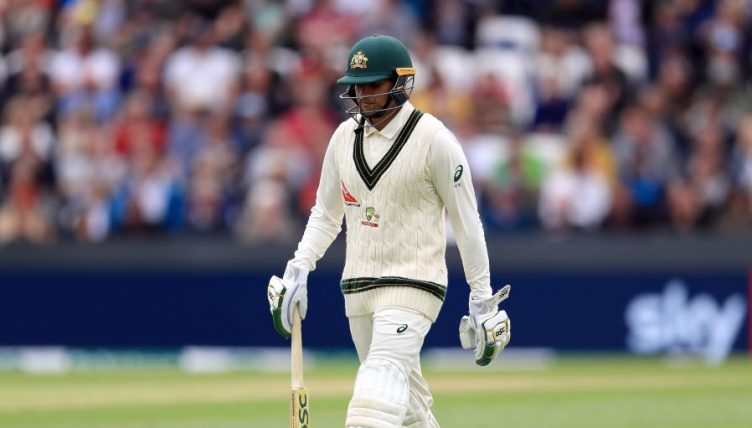 Plenty to unpack in Australia’s 12-man squad for the fourth Ashes Test at Old Trafford this week, with the headline news very much the fact Usman Khawaja is out of the frame.

With Steve Smith back fit and available after missing the third Test, which you may remember England won in utterly ludicrous fashion, and Marnus Labuschagne making such an impression as his replacement, something had to give in Australia’s top seven. Marcus Harris, Matthew Wade and even captain Tim Paine all have arguably flimsier claims than Khawaja, but he is the one to make way after averaging just 20.33 in six innings in the series thus far.

It’s a tough one for Khawaja, who captained the Australians in their tour match at Derby last week and opened the batting in a hint that he may be brought in for Harris.

Harris, though, is retained at the top of the order having replaced Cameron Bancroft for the third Test at Headingley. Labuschagne, we assume, will move up to number three to accommodate Smith in his favoured spot at number four. It’s only England who have to be macho about their best batsman going at three apparently.

The Aussies have also recalled Starc, who can feel very hard done by that he has not featured in any of the opening three Tests after being the leading wicket-taker at World Cup earlier in the summer.

With James Pattinson due to be rested at Old Trafford, Starc is expected to get the nod over Peter Siddle – who played in the first two Tests – for the final spot in the XI.

The five-match series is level at 1-1 and holders Australia will retain the Ashes if they win either of the remaining Tests or draw them both.

England, meanwhile, have confirmed Joe Denly will open in Manchester with Jason Roy dropping into the middle-order. There is also the prospect of Sam Curran coming into the side in place of Chris Woakes – with the case for such a change quite literally made here.