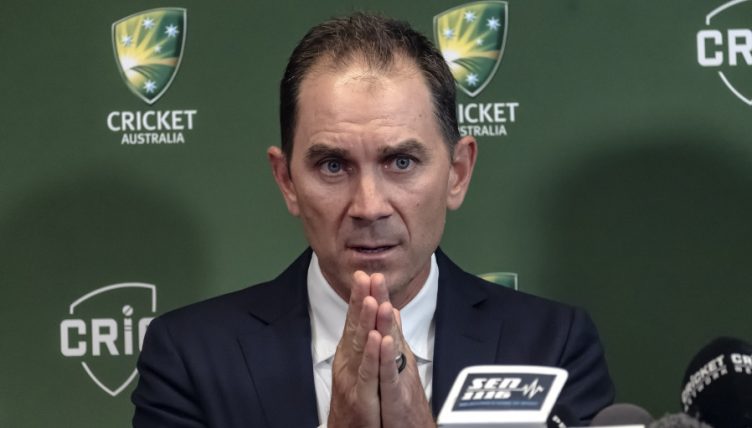 Justin Langer says being the man to tell Graeme Hick he’d been made redundant was like facing Curtly Ambrose and Courtney Walsh “without a helmet and a box on.”

The Australia coach was assigned with the task of breaking the news to batting coach Hick on Wednesday as Cricket Australia (CA) made 40 staff redundant due to the financial impact of the coronavirus.

Zimbabwe-born former England batsman Hick had been involved within the Australian set-up since 2014, being appointed batting coach in 2016. However, 53-year-old Hick was a high profile casualty from Wednesday’s mass redundancies as CA sought to slash overall costs.

“That’s the human side of it,” Langer said from Perth on Thursday morning.

“Having to tell Graeme Hick yesterday morning was like having to face Ambrose and Walsh without a helmet and a box on. I was that nervous.

“You get really close to your staff. He’s become a good mate.

“Having to tell him his role was becoming redundant was really hard.

“But again like so many businesses … we have to trim it back and have really good people to get the job done.

“We’ll have to lead a smaller staff but we’ll get the job done and be ready when cricket resumes.”

Another recent casualty from CA was CEO Kevin Roberts who handed in his resignation on Monday after falling out with the board.

Langer said Roberts had become a “good mate” and he felt sorry for him to lose his job.

READ: Churchill, Mandela, Langer? The art of leadership is broader than you think

“I was really sad to see what happened to him yesterday and play out in public like it did before he probably knew about it,” Langer said. “That was disappointing.

“He came in at a terrible time with COVID-19 which has affected everyone.”

Former director of England cricket Andrew Strauss was linked with the vacant CEO role in the Australian press on Thursday.

Langer, who is friends with the ex-England opening batsman, declined to specifically endorse any candidate, nor current WACA CEO Christina Matthews despite their close allegiance.

The 49-year-old said the CA CEO was a “coveted position” and he would support whoever took up the post.

“What I know from now until the role is advertised and the process starts, we’re going to hear all sorts of names come up,” Langer said.

“When a head coaching position comes up, every name imaginable comes up. It’s part of the theatre is all the names that will come up.”