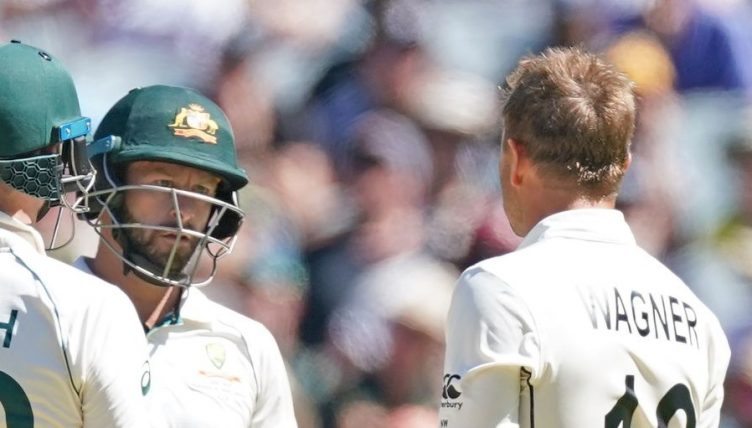 As Australia look ahead to a summer that now has as its centrepiece the Test series against India, middle-order batsman Matthew Wade is glad that come whatever may he won’t be facing Neil Wagner again.

The South African-born left-arm paceman was the only Black Caps bowler to consistently trouble Australia last summer, doing so with an unending barrage of venomous bumpers.

Wagner, who grew up on the Highveld in South Africa before moving to New Zealand, has seemingly perfected the art of bowling long spells punctuated by frequent rib-ticklers.

Wade was on the receiving end of a few of those last season, and while he expects India’s quicks to utilise short-pitched bowling, he feels Australia won’t face the kind of sustained aggression and more importantly accuracy that Wagner sent down.

“Teams may try it but I don’t think it will be as successful,” Wade told cricket.com.au.

“I don’t think anyone in the game has bowled bouncers the way he bowled and been so consistent, and not gotten scored off while also picking up wickets.

“I think we’ll see it a bit (from India), but I don’t think it will be as effective as Wagner. He’s done it for a long time now [and] to be honest I’ve never faced a bowler who is so accurate at bowling bouncers.”

Wade said that Wagner’s stamina and incredible accuracy made him a nightmare to face, with his bouncers almost always forcing an uncomfortable shot. He described Wagner’s efforts as the best short-pitched bowling he has ever been exposed to, no mean feat when you consider how many bowlers over the years have been actively trying to knock Wade’s block off.

“If you looked at all the bouncers he bowled … he’s always between your shoulder and the top of your peak, or in your armpits,” said Wade.

“It’s very easy to say, ‘We’re going to do this’ and set the field like they set. They barely had anyone in front of the wicket. They had really cagey fields, catchers in good places, they were trying to take wickets all the time, it wasn’t negative bowling.

“That’s why I didn’t play the shot all that much because I felt like they could get me out that way.

“It was a good contest. I had a bit of a contest with Jofra [Archer] in the Ashes, but he wasn’t as accurate as Wagner, and Wagner’s left arm was coming at funny angles to our guys.

Wade added that an India side led by Virat Kohli is probably the toughest team they have had to face in recent times, and he expects a gruelling series against arguably the best-balanced Test team in the world.

“Everyone, although they might not admit it, is looking towards that Indian series,” said Wade, who also hopes he can worm his way onto Australia’s proposed upcoming limited-overs tour of England.

“It’s going to be hard work. They (India) are a fierce team. They’re as hard a team as I’ve ever played in terms of the way they compete.

“Led by Virat, you can see the way he goes about it on the field, you can see what it means to him, and he drives all those guys, they jump on the back of him.

“It’s going to be as big a challenge as this team has faced for the 12 months we’ve been together.”

India are currently expected to arrive in Australia in late November just after the conclusion of the IPL in the UAE.