Home Will Ford Naseem Shah: The 16-year-old Pakistani making us all feel inadequate

Naseem Shah: The 16-year-old Pakistani making us all feel inadequate 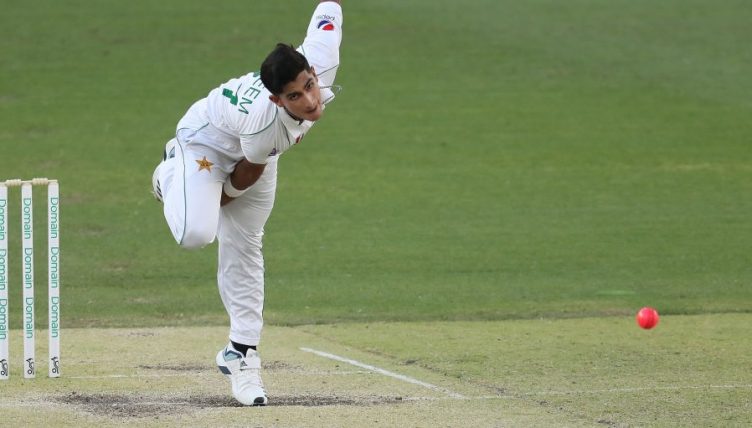 Naseem Shah is living up to the hype, after his 5-31 secured a Test series victory for Pakistan on home soil for the first time in over a decade, the 16-year-old became the youngest ever Test bowler to take a hat-trick as he lead his side to victory over Bangladesh.

This piece was written ahead of the Australia series. And he’s making me feel more inadequate by the day…

When I was sixteen my primary concern was impressing girls, my target was to sleep for as long as possible and I spent most of my time either pretending to like beer or actually liking blue WKD. Naseem Shah however, looks set to spend five days of his sixteenth year (probably four days actually, maybe three) at the Gabba, and will become the youngest player to feature in a Test match in Australia if selected.

Shah has played just seven first-class matches since his debut for Lahore just over a year ago, but his 27 wickets at an average of 16.66 have earned him a call-up for his national team. He’s quick, bowls in good areas and appears to have ‘cricket smarts’ beyond his years.

Waqar Younis – Shah’s bowlng coach – celebrated his eighteenth birthday on his Test debut in 1989, and captained the side at just 22, so has an understanding of what it means to emerge on to the world stage at such a tender age. The former Pakistan skipper is excited by the prospect of what his “raw” but “talented” bowling attack can do Down Under and is particularly enthused by the 16-year-old prodigy.

He said: “He’s very talented — and smart. He’s got a very good action and got good pace. He reminds me of Dennis Lillee actually. He’s got a very similar action. He’s not as big as Dennis — Dennis was a big guy — but when he gets it right, he’s a handful.”

It’s ‘the done thing’, comparing a new bowler to another, no matter how distant the eras in which they played or how disparate every other facet of their game is. But why not? For my money, he’s more Darren Gough than Dennis Lillee, but I appreciate that would have been a slightly left field comparison for Waqar to make.

In a spell in the latest Pakistan warm-up game against Australia A, Shah’s bowling had the same palpable aggression of the best of Jofra Archer in The Ashes or of Shoaib Akhtar – his idol – at his peak. Delivery after delivery on the money, up near the throat, where the batsmen don’t like it, but where we love to watch them bowl it.

Pakistan have never won a Test at the Gabba, even though their historic strengths of audacious strokeplay and peerless swing and seam bowling would appear well suited to what has long been considered Australia’s truest Test surface. Add to that the fact that no touring Pakistan side has won a series in Australia, and this first Test match, at least, should be considered a free-hit for Shah, and the rest of this developing team.

Sit back and enjoy the absolute very best of Babar Azam’s century in Perth 😍😍 #AUSAvPAK pic.twitter.com/xM9q5kJUHl

They’ll need their “raw” bowlers to fire, Babar Azam to score a s**t load of runs – which appears a certainty if, like me, you’ve been endlessly watching his latest warm-up innings on Twitter – and of course find some way of getting he who should not be named out. But should all that happen, they could beat them.

And even if they don’t, we’d love to see Naseem Shah give it a good go, or at least hit a few of them. Before heading back home to update his Myspace page, or whatever the kids do nowadays.