On this day in 2006: Shane Warne becomes first Test bowler to take 700 wickets 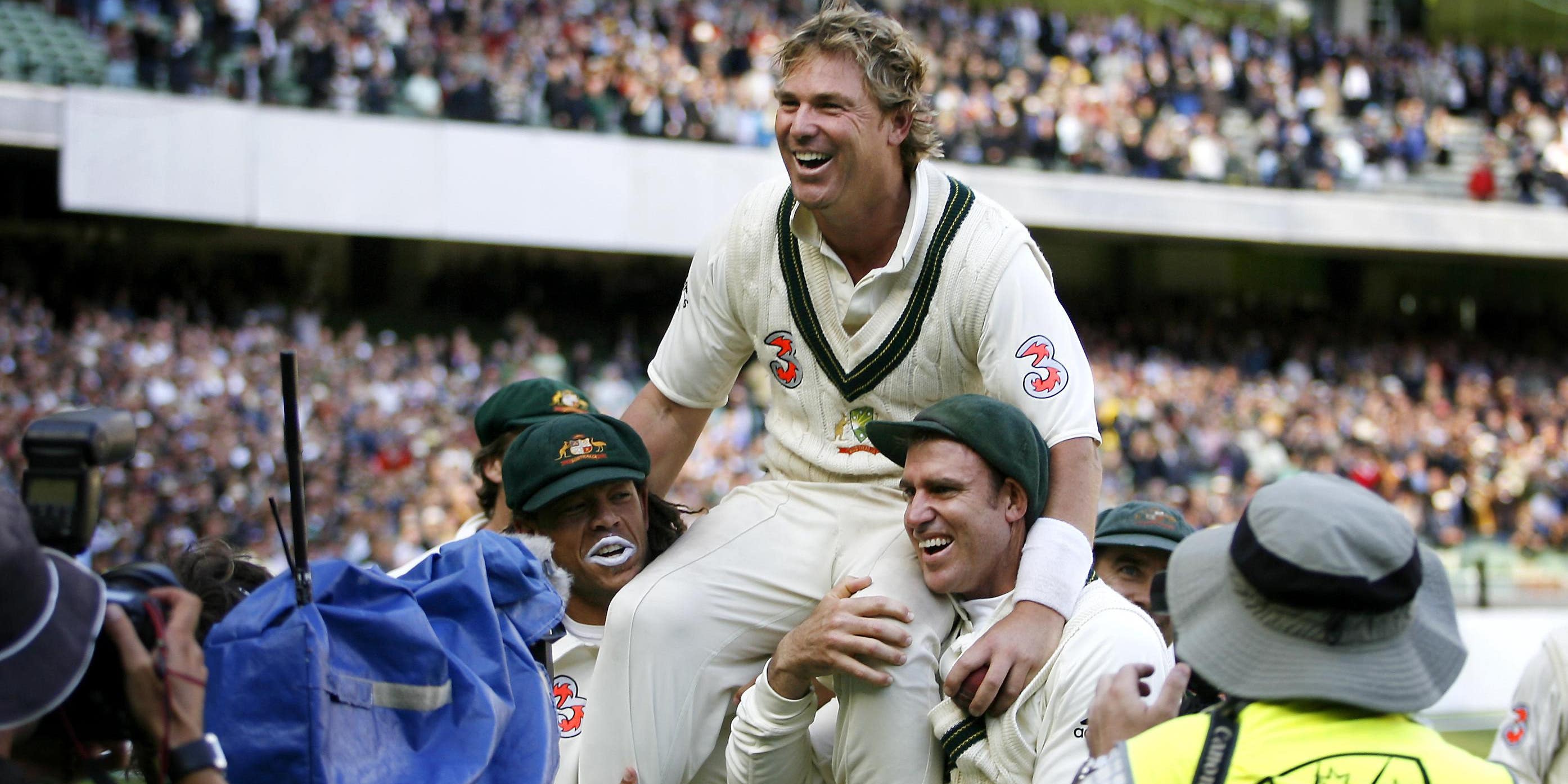 Shane Warne became the first bowler in Test history to take 700 wickets when he reached the landmark on Boxing Day in 2006, admitting afterwards: “Whoever writes my scripts is doing an unbelievable job.”

Warne went into the fourth Test of the 2006/07 Ashes at his beloved Melbourne Cricket Ground on 699 wickets, while the leg-spinner revealed in the build-up that he would be retiring from international cricket at the end of the series. The Victorian fittingly reached yet another milestone in front of a Boxing Day crowd of 89,155 with a sharply turning leg-break which spun into the stumps of England opener Andrew Strauss.

Warne went on to snare another four batters that day, claiming what would be the 37th and last five-wicket haul of an astonishing Test career, as the tourists collapsed to 159 all out, with Australia batting before the close. “As it turned out, whoever writes my scripts is doing an unbelievable job,” said Warne. “I’ve just been sitting there since we started batting just shaking my head – I can’t believe it happened to be honest. It was a pretty amazing day. “How it’s all panned out to retire and then have two games left and come to Melbourne on 699 wickets with the Ashes already in the bag, is amazing. “There are some special things that happen in your life and there are some special days in your life and that’s definitely one of them.

“The birth of your children, getting married, playing in your first Test are all pretty special but that one here, from an individual point of view, has got to be one of the best days I’ve ever had.” Warne would go on to finish with 708 wickets in 145 Tests as Australia sealed a famous 5-0 whitewash over England. The leg-spinner’s tally was overhauled 12 months later by rival and Sri Lanka great Muttiah Muralitharan, who finished his incredible career with 800 wickets in 133 Tests. Warne died aged 52 on March 4 this year from a suspected heart attack in Koh Samui, Thailand.