On This Day: David Warner handed ban after altercation with Joe Root 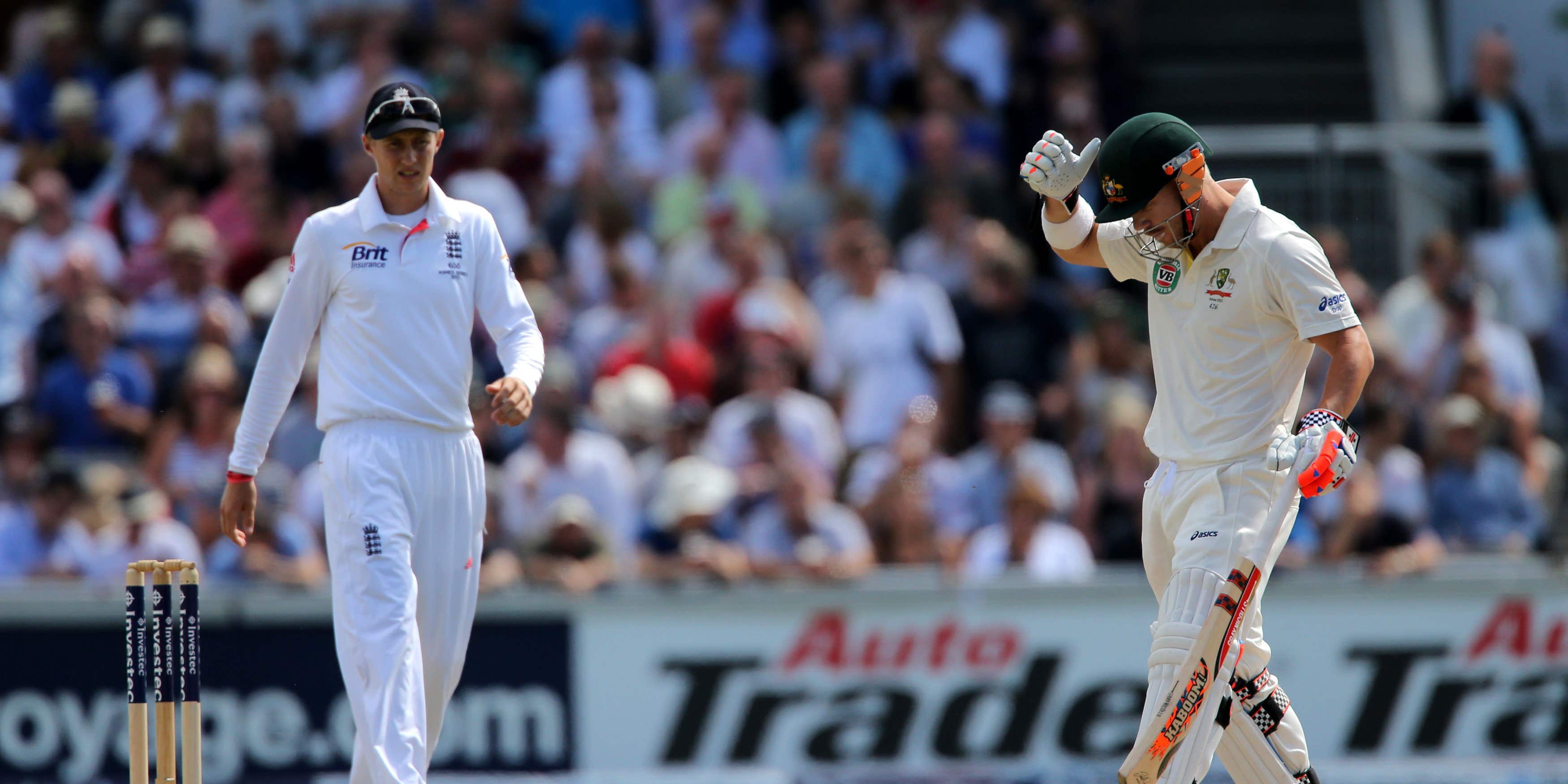 David Warner received a suspension by Cricket Australia on this day in 2013 for his part in an altercation with England rival Joe Root.

The opening batter was given a GBP 7,000 fine and essentially handed a one-month ban for an incident at the Walkabout Bar in Birmingham.

Warner and Root’s clash occurred in the early hours of June 9, the day after England had got the better of Australia in an ICC Champions Trophy match.

A one-sided Group A fixture at Edgbaston went the way of tournament hosts England and with the Ashes on the horizon later in the summer, tempers boiled over during a late-night drinking session.

Australian players were in the Walkabout Bar close to their hotel when – according to Warner – Root, Stuart Broad and Steven Finn turned up and entered the roped-off area for the Aussie group.

With Root wearing a green and gold Australia wig like beard, Warner took offence and a scuffle broke out between the pair with other players required to get involved to break up the incident.

Cricket Australia later handed Warner a hefty fine. He did say sorry at a press conference days later and exchanged texts with Root, who accepted his apology, but Warner was banned until the first Ashes Test on July 10.

Root was exonerated of any blame by the England and Wales Cricket Board, who stated the then-vice captain was “in no way responsible for, nor retaliated to, the attack.”

Warner later said in an interview ahead of the 2015 Ashes he felt Root’s placement of the wig had been racial insensitive, but conceded: “I just think in today’s society you shouldn’t be fooling around with that kind of stuff.

“And he probably didn’t mean anything by it at all but I probably let my aggression and alcohol take over.”