Overton gets Old Trafford nod ahead of Curran and Woakes 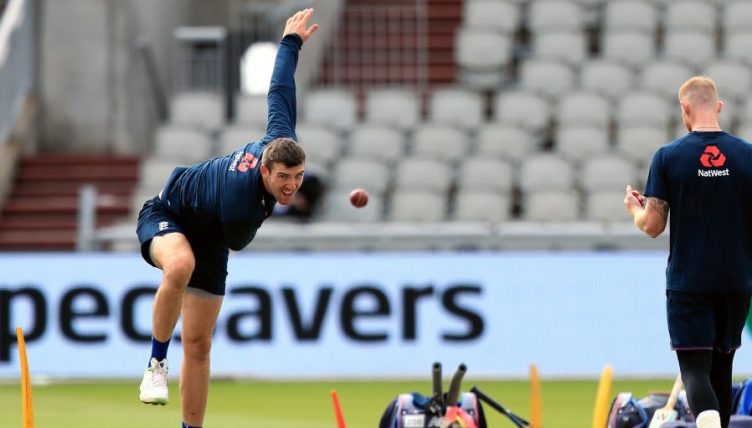 England have confirmed Somerset’s Craig Overton will replace Chris Woakes in the team for the fourth Ashes Test at Old Trafford starting on Wednesday.

Woakes has played in all three of the matches in the Ashes series but looked out of sorts and was used sparingly by skipper Joe Root as England squared the series at Leeds thanks to Ben Stokes’ heroics.

It was hoped that Anderson might return to the side after his injury woes at Edgbaston in the first Test but the Lancastrian will play no further part in the battle for the urn.

"The lane of liquidation!"

Craig Overton comes in for Chris Woakes for the fourth Test.

He knows a thing or two about dismissing Steve Smith!pic.twitter.com/Q1vEh07VlA

Instead, the selectors have gone for 25-year-old Overton, who has taken seven wickets from three Tests to date and made his debut on England’s disastrous trip Down Under in 2017-18. His numbers in those Tests were relatively modest but he impressed with his commitment and attitude in adversity. The fact his first Test wicket was Steve Smith doesn’t hurt either.

It seems a bit of a gamble to throw him in at the deep end against the Aussies but Root is confident his new man can do the business.

“He is a competitor who looked very much at home on his Ashes debut,” he said.

England have gone for an in-form bowler, as Overton has taken 32 Championship wickets at 21 for Somerset this season and he will join the pace attack of Stuart Broad, Jofra Archer and Stokes.

England have stuck with the same personnel in their top seven despite the shambolic 67 all out in the first innings at Headingley, but there is another tweak to the order. Joe Denly will open the innings, with Jason Roy set to bat at four. Root hopes the drop into the middle order can free Roy to play his natural game.

“You look at someone like Jason coming in lower down and the ability to play in his manner, a little bit more freely when it’s not doing as much might give him a better chance,” Root said.

Australia are yet to name their final XI, but have confirmed Usman Khawaja is the man to make way for the return of Steve Smith, while James Pattinson is rested despite delivering August’s Ball of the Century and Mitchell Starc looks set to make his first appearance of the series.