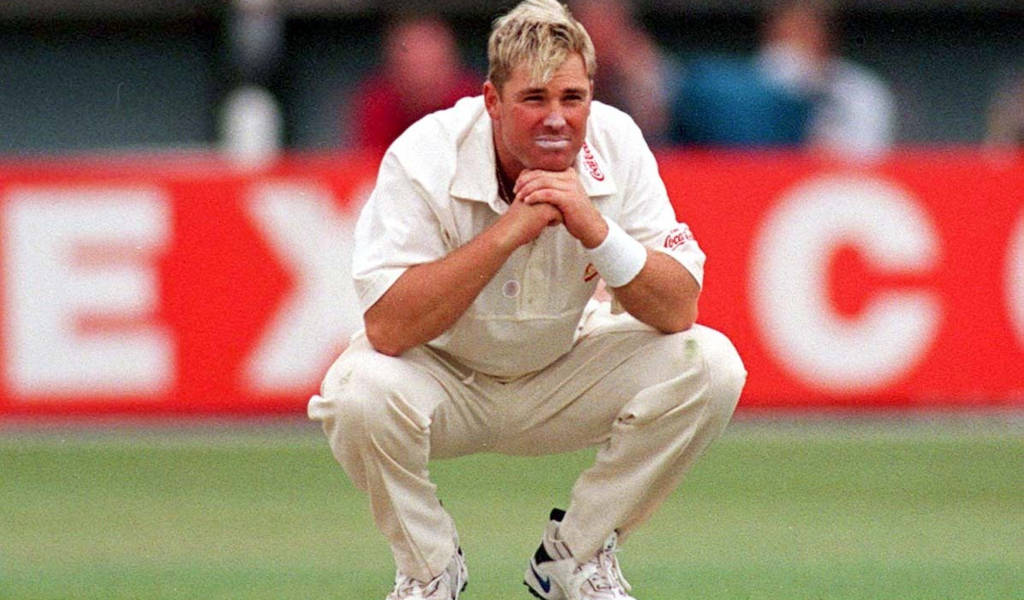 Former Australia leg-spinner Shane Warne, one of the greatest cricketers of all-time and among its most recognisable names, has died aged 52 following a suspected heart attack.

Warne – a larger-than-life character whose 708 Test wickets has only been surpassed by contemporary rival and fellow spinner Muttiah Muralitharan – could not be revived after being found unresponsive in his Thailand villa.

“It is with great sadness we advise that Shane Keith Warne passed away of a suspected heart attack in Koh Samui, Thailand today, Friday 4 March,” a statement from his management company read.

“Shane was found unresponsive in his villa and despite the best efforts of medical staff, he could not be revived.

“The family requests privacy at this time and will provide further details in due course.”

Leg-spin was considered to be outdated when a portly Warne, sporting his peroxide-dyed blond hair, burst on to the scene in January 1992 but he banished that notion over the course of an illustrious 15-year international career.

Warne was the first to 700 Test wickets, retiring immediately after helping Australia to a 5-0 Ashes win in his 145th match, while he guided his nation to the 1999 World Cup and ended with 293 one-day dismissals in 194 games.

Australia captain Pat Cummins led the tributes on Twitter, saying: “Hard to fathom. We all idolised Warnie growing up for his showmanship, will to win from any position and his incredible skill. Players all over the world owe him so much for what he has brought to cricket. He had a huge affect on all he met. He transcended cricket. RIP King”

Named one of the five Wisden Cricketers of the Century, alongside Sir Donald Bradman, Sir Garfield Sobers, Sir Jack Hobbs and Sir Viv Richards, Warne came to prominence with a wickedly spinning leg-break to Mike Gatting in 1993.

The delivery was named ball of the century as Gatting was left confounded. It was no fluke as Warne’s array of leg-breaks, googlies, flippers and sliders bamboozled many accomplished batters in the years that followed.

Gatting was left in no doubt as to the place of Warne in the pantheon of all-time bowling greats.

“Without a doubt, he is number one ever,” Gatting told Sky Sports. “There has been a lot of great cricketers, great spinners and great leg-spinners but Warnie will always be certainly from my point of view the number one.”

On the famous delivery, Gatting added: “The nice thing is he always said ‘thanks for that, mate, it started my career off’. All I could say was ‘it was a bit too good for me’ like many others who would suffer the same fate.”

In Warne’s crosshairs were frequently England, against whom he took 195 wickets – the most by any bowler in the Ashes – as he struck up a devastating partnership with fast bowler Glenn McGrath that was at the vanguard of Australia’s dominance in world cricket in both Tests and ODIs for more than a decade from the mid-1990s.

He was at the forefront of Australia’s six Ashes victories in a row and while he was a titanic presence in 2005 with 40 wickets, he was unable to stop England from reclaiming the urn in a seesaw summer contest for the ages.

Ashes 2005 winning captain Michael Vaughan said on Instagram: “It just doesn’t feel real to be talking about someone who once was an enemy on the pitch to one who became a great friend off it.

“I am absolutely gutted to have a lost a great friend .. one thing is for sure Heaven will be a lively place now the King has arrived.”

While Warne was often England’s bete-noire, he held an affinity for the country as he represented Hampshire with distinction from 2000 to 2007, captaining them for the final three seasons he spent on the south coast.

He served as vice-captain to Steve Waugh in Australia’s ODI set-up, taking four for 33 in the 1999 World Cup final as Australia defeated Pakistan, while he led his nation 11 times in the format, winning 10 and losing just once.

However, he was overlooked in favour of Ricky Ponting when Waugh stepped down as Test skipper in 2004, just months after Warne was handed a 12-month ban for testing positive for a banned diuretic on the eve of the 2003 World Cup.

Warne would never play another ODI but while his suspension may have spelled the end for lesser players, he returned with a vengeance and collected a breathtaking 96 Test wickets in 2005, still a record in a calendar year.

He took his 700th wicket in his penultimate Test at his beloved Melbourne Cricket Ground – he spent the entirety of his domestic career with Victoria – before bowing out in Sydney alongside McGrath and opening batter Justin Langer.

He continued to play on the franchise Twenty20 circuit before retiring from playing altogether in 2013, after which he became well-renowned for his insight and forthright opinion as a commentator and pundit.

He also had a couple of coaching roles with Twenty20 sides while he oversaw London Spirit in the inaugural edition of The Hundred.

Confirmation of Warne’s death came just hours after he posted a tweet on Twitter offering his condolences to the family of Rod Marsh, the former Australia wicketkeeper who died on Friday morning.

India batting great Sachin Tendulkar wrote on Twitter of his ex-rival: “Shocked, stunned & miserable… Will miss you Warnie. There was never a dull moment with you around. Will always treasure our on field duels & off field banter.”

Former Australia team-mate Adam Gilchirst wrote: “Numb. The highlight of my cricketing career was to keep wicket to Warnie. Best seat in the house to watch the maestro at work.”

Kevin Pietersen, a great friend who had numerous on-pitch duels with Warne, said “#RIPKing” along with a number of crying emojis as the tributes poured in – including from Richards, David Warner, Ben Stokes, Jos Buttler and Ian Bell.