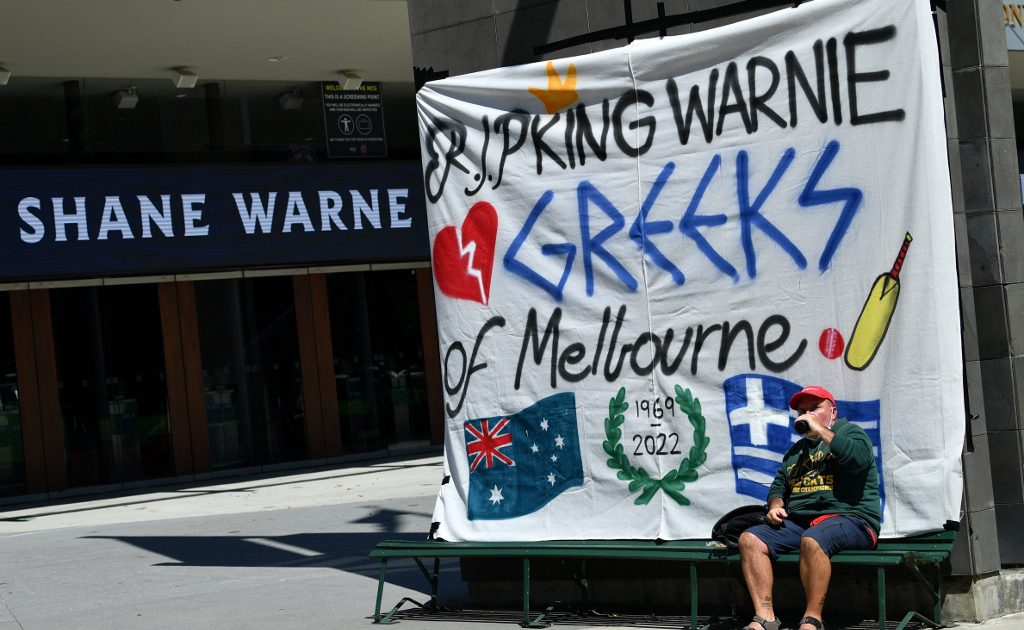 Shane Warne’s state funeral is expected to bring many thousands of grieving supporters to the Melbourne Cricket Ground at the end of March.

According to reporting in the Australian media on Tuesday, the funeral hosted by the Victorian State government will take place at the MCG on Wednesday, March 30.

This after Victoria’s Premier Dan Andrews announced a State memorial for Warne shortly after the 52-year-old’s sudden death in Thailand on Friday.

Furthermore, the MCG’s Southern Stand will be renamed the SK Warne Stand, further celebrating the legendary leg-spinner’s contribution to cricket.

Currently, Warne’s remains are being prepared for a repatriation flight from Thailand to Australia, following an autopsy by Thai authorities.

On Monday, autopsy results showed he died of a “congenital disease”, confirming that the cause of death was natural and with no sign of foul play.

After his death on the resort island of Koh Samui, Warne’s remains were taken to the mainland by ferry on Sunday.

From Surat Thani, it was transported to Bangkok on Monday night, where preparations for a return to Australia are afoot.

Remains to arrive in Australia this week

According to a report by the Nine Network, an Australian government charter flight will bring Warne’s body back to his homeland and is expected to arrive on Wednesday or Thursday.

Meanwhile, the Warne family issued a collective statement on Monday night in which his death was described as a “never-ending nightmare”

Warne’s family issued a statement on Monday night describing the night of his death on March 4 as the beginning of “a never-ending nightmare”.

“Looking to a future without Shane is inconceivable,” his father and mother, Keith and Brigitte said.

“Hopefully the mountain of happy memories we all have will help us cope with our ongoing grief.”

Warne’s son Jackson wrote: “To my brother, my best friend, to my Dad, I love you so much. I don’t think anything is ever going to fill the void you have left in my heart.”

His eldest daughter Brooke said she loved him “to infinity and back”.

“I am lucky and will forever be so proud to call you my Dad forever.”

His youngest daughter Summer already misses him “so much already” and wished she could have hugged him “tighter in what I didn’t know were my final moments”.