Home Countries Australia Shane Warne: The greatest ever spinner, and so, so much more

Shane Warne: The greatest ever spinner, and so, so much more 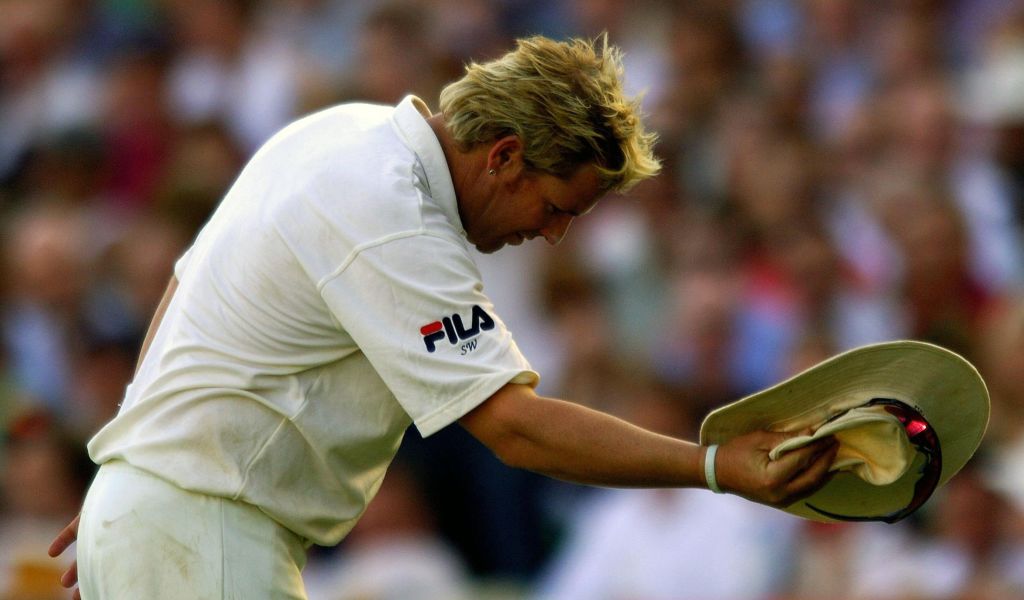 Sometimes, a piece of news just hits you hard and you don’t really know what to do about it.

We might like to kid ourselves that the current appalling general state of things has toughened or at least numbed us. Then Shane Warne dies of a heart attack at 52 and your world is sent spinning. There are millions of us.

When someone famous dies there’s an instinctive reaction and an attempt to remind yourself that this news isn’t about you. Don’t put yourself at the forefront of it, nobody cares how this huge faraway thing has affected you.

The instant reaction – and given the timing, a lot of that reaction was English rather than Australian – to Warne’s tragically early passing was absolutely full of precisely those personal thoughts.

That was in large part down to his talent, but not entirely. He was the greatest spin bowler the world has ever seen, and one of the greatest cricketers full stop. When Wisden named their five cricketers of the 20th century, only one still active player made the cut and nobody could deny Warne deserved his place in that company.

We all know of his achievements in those great Australia sides. But even if he hadn’t been the greatest ever to do what he did, he would still have been a compelling figure.

There are sporting heroes who seem entirely otherworldly and Godlike, barely the same species as the mortals who revere them. Warne, the very definition of a flawed genius, was all too human.

Shane Warne: The wrist-spin revolution owes its existence to the late Aussie great

And it’s that combination that makes him so remarkable and his loss so devastating. He was an ordinary person with an extraordinary gift. And such a compelling gift it was.

It wouldn’t be quite right to say he single-handedly revived legspin bowling but it’s not far off either. Mushtaq Ahmed was bloody great, but he didn’t inspire a whole generation of kids to take up cricket’s most difficult, infuriating yet beautiful art.

Have a look around the social media tributes to Shane Warne today. See how many of them say he inspired them to take up leg-spin, from those whose talents for it would take them no further than the back yard to those who would make it all the way to Test cricket themselves.

Note too how many of those tributes come from England fans. That is the true guide to Warne’s legacy to the game and his great place within it. Australian players can provoke all manner of emotions in English minds: fear, panic, despair, respect. Warne had the lot, with knobs on.

Very few Australians prompt the affection with which Warne came to be treated with in England, even when his commentary was at its most grating.

The Gatting Ball in 1993 is the single moment for which he will be best remembered in England and probably around the world, but it was that great 2005 series – his one and only Ashes series defeat – that actually showed the best of Warne in the round.

That delivery to Andrew Strauss is probably better even than the Gatting one. It defied all cricketing and physical sense and came not against a batter who didn’t know him but one who had faced him extensively, repeatedly, who knew the threat and was a good enough player to make two centuries against him in that series. Warne could still make him look like an absolute fool.

His bowling in that series was as good as it had ever been. He had if anything been rejuvenated by a year out of the game thanks to a ban for taking his mother’s diet pills (there are those human flaws again) and he ended the series with 40 wickets. That’s worth stopping to consider, because it’s an absurd number. Eight wickets a Test, in a great side that lost.

But it wasn’t even just that. Everything about Warne in that series was perfect. His batting was at its belligerent best, dragging Australia towards their near-miracle at Edgbaston and out of the sh*t on other occasions. The flared trousers. The obvious camaraderie with the England players. The palpable enjoyment he was getting from finally finding himself in an Ashes contest worthy of the name even if it meant ending up on the wrong side of the result. He was a brilliant player, but above that a brilliant competitor and above that a brilliant entertainer. More than any other player in that absurd series, you always felt like Warne was the one who truly realised in real time just how special it all was.

“We only wish you were English” came the chant on that final day at The Oval after hours spent ribbing him about his weight, his always complicated private life and the dropped catch off Kevin Pietersen that left the series’ best player guilty of its single most vital moment. Although a very strong case could be made there for Ricky Ponting’s failure to just throw the new ball straight to Warne for England’s jittery little run chase at Trent Bridge, but that’s for another day.

Warne turned and doffed his cap to the fans and appeared genuinely touched by the response.

His sense of mischief and utter grasp of the mechanics of the batter-bowler contest meant he took a great many wickets in his mind. With every series came news of his latest new delivery and its daft name but he could set up a batter like no other before or since. The bait-and-switch flipper to Alec Stewart is perhaps the third entry in the triptych alongside Gatting and Strauss of the very greatest times Warne made a total mug of extremely good England players.

His commentary career rarely reached the heights of his playing career, although it might have done if anyone had just been able to convince him to talk only about spin bowling. But even in the commentary box, his mental mastery was evident. In 2013, for instance, he was able to convince whole swathes of England supporters that their team was doing something drastically wrong while hurtling to a 3-0 Ashes win.

It goes without saying that he was a sporting icon in Australia, but he absolutely has that status in England as well as today’s outpouring of shock, grief and genuine fondness has shown. There are not many cricketers who hold that sort of transcendent place in British sport, fewer still from outside the country.

Everyone from diehard cricket fans to fairweather followers to those poor sorry souls who wrongly think the game a drab and interminable waste of time knew Warne. Well, nearly everyone. When I told my wife the news, she thought I was talking about Alfie Moon from EastEnders.

But I digress. Almost everyone knew Shane Warne. Almost everyone has at one time tried to flick a ball or rolled up piece of paper or anything else out of their hand like the daft blond Aussie. And almost every one of them has said the same thing to themselves or their mate afterwards.