Shane Warne: The magic of the great man transcends generations 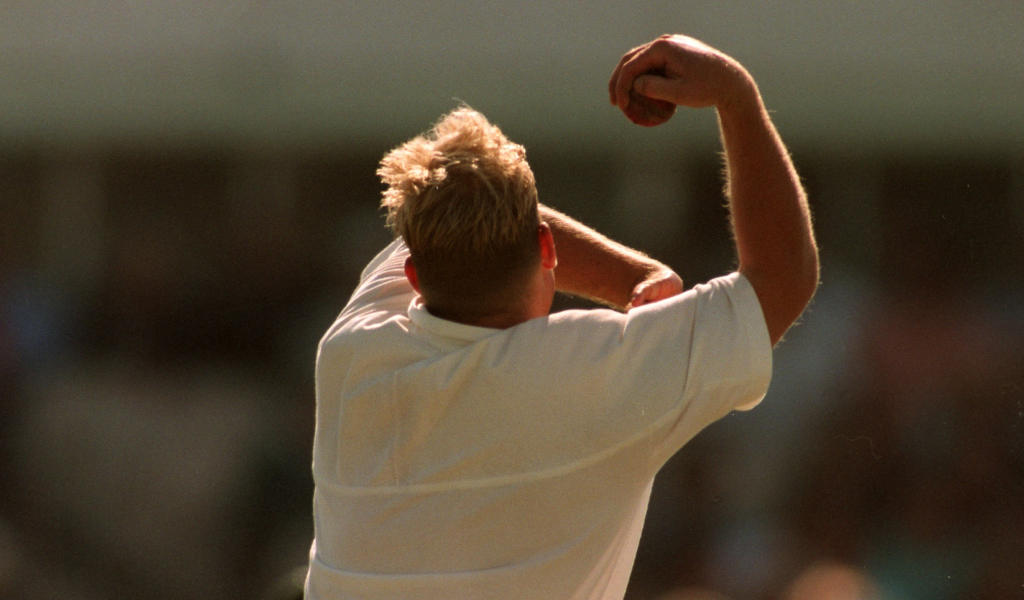 When the news hit of Shane Warne’s death on Friday, it hit anyone with any memory of the great Australian leg-spinner, be it little or small, like an absolute tonne of bricks.

Be they young or old, anyone, who had the pleasure of watching the genius in action was aware that they were witnessing a man with the capability of producing moments of magic. It was simple. When Warne bowled, you stopped and watched.

Like so many others, I’ve read tribute after tribute on the icon that we all tried to replicate again and again as youngsters, whether it was in the living room, the backyard or even in your dreams. Each different piece hits you in the feels yet simultaneously enables you to appreciate the sheer raw privilege we had of getting to watch Warne execute cricket’s most beautiful art.

For my generation – a generation whose first real memory of the game came in that 2005 Ashes series, Warne represented something magical. Something otherworldly. At an age when all you knew were tales of heroes and fairytales and the tooth fairy and Santa Claus, Warne was the living embodiment of someone who could produce miracles with the ball. He transported us to another dimension, like those creations in those Marvel and DC comics, with his wizardry.

Shane Warne: His death is like his life – completely incomprehensible

Such was the marvel of the man that even the unlucky few who didn’t feel an affiliation with Test cricket knew about Warne. He was the personification of being able to spin a ball. To be able to flick those wrists, to float the ball in the air, to land it on the strip, to see the ball go from right to left or vice versa and bamboozle the batter was to be known as doing a Shane Warne.

There’s something about the sports stars that you watch and admire in your early years. They become an integral part of those times and indeed your life. Someone to copy. Someone to idolise. Someone to look up to. You may move on, but that memory doesn’t.

As you get older, that feeling of making heroes from sports stars gradually stops becoming a thing. You realise that those same figures you watch on the screen are just humans, with flaws like us all who happen to be pretty good at the things they do. You respect them, you watch them, you support them and you still have your favourites but truth be told, you stop idolising them.

We all have our memories of those we watched in the days when your only concern was waking up for school, seeing your friends and thinking what you were going to get for school dinners.

For some, it was the likes of Sir Vivian Richards and Sir Ian Botham. For others, the likes of Diego Maradona and George Best. For us, Shane Keith Warne was one of a few in that category.

That whole 05 series, I would wonder why England didn’t have their own Shane Warne. Why didn’t we have a blonde-haired ‘cool dude’ making the Australians look silly? And then in the winter of 2006 when Warne reached 700 at the “G” and called it a day, those memories are still stark. Waking up and asking dad to check the teletext before school to see that he’d ripped through our order again and then watching the highlights later that night to witness this ‘cool dude’ on those bright and dreamy pictures from Australia.

A cut above the rest

Yes, he was amazing and we all knew it but it wasn’t fair.

Where was England’s Shane Warne?

When he retired at the SCG, I remember feeling a sense of unusual satisfaction that he would finally stop tormenting us. How wrong was I? He may have stopped taking English wickets but that came at an almighty cost. In the 15 years since, no other cricketer has come remotely close to capturing the imagination like Warne did. Sport isn’t all about winning and losing. The ability to capture the heart and stir the soul is perhaps more meaningful in its own right. What Warne did was so much more than that. He was a cut above the rest.

In 2019, whilst on a promotional job doing brand ambassador work at The Ashes, I was still a student with little to no experience of working in media. A friend of mine in the promotional industry had shown me the job advert through an agency and with a university-free summer and my love for cricket, it was a no brainer. Six summer weeks. Five Test Matches. Go on then.

By the time we reached the fourth test at Old Trafford, I’d come to know the power of accreditation at a sporting event. Trust me. I used my access to get into the media centre where the nicer washrooms were based. On the penultimate afternoon of the Test Match, the sight of the man to my left stopped me in my tracks. I’d seen Warne almost every day of that series but that was the first time I’d seen him in isolation, on the balcony at the back overlooking the tram tracks, casually smoking away in between his expert stints on commentary.

In typical fashion, I exclaimed “you alright Shane?” as if he was my pal. He most definitely wasn’t but he made me feel like we were. After some small talk about the cricket as Australia edged closer to retaining the Ashes, he asked me if I wanted a smoke with a joyful smile. You simply do not say no when Shane Warne offers you a cigarette. Those few minutes of getting to speak one-on-one with him were worth its weight in gold (and maybe even worth whatever damage it did to my lungs). For them five minutes or so, I felt on a par with a man so much greater than the sum of his parts. And that was down to just how genuinely authentic he was.

As Vitushan Ehantharajah wrote in his beautiful tribute in The Independent, Warne well and truly was, ‘the most human of greats.’