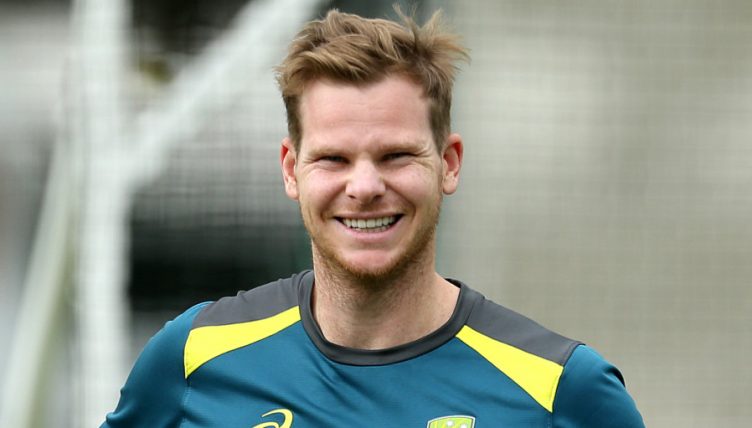 England’s 2019 Ashes nemesis Steve Smith says he’s going to miss the boos of the English crowds which “egg him on” during the upcoming white-ball series starting next month.

The Australian squad flew out of Perth on Sunday destined for the United Kingdom where they’ll arrive and quarantine initially in Derby, before the opening T20 International on Friday 4 September in Southampton.

Smith was among the 21-member playing squad which flew out, with fond memories for the former Australia captain in England where he made 774 runs at 110.57 in four Tests as the visitors retained the Ashes last year.

The 31-year-old’s heroics came under heavy scrutiny with jeers and boos directed at him from the English crowds upon his return to international cricket after his suspension for bringing the game into disrepute for his role in the ball tampering scandal in South Africa.

“I do like batting there,” Smith told reporters at Sydney airport about England.

“But unfortunately there’s going to be no crowd there to egg me on and give me a bit more motivation.

Smith and the Australians haven’t played competitively since March while England are currently in the midst of a final Test of the series against Pakistan, having also played Ireland and the West Indies recently.

Australia clearly will be short of match practice in comparison to England but, in an ominous warning, Smith added that the break had freshened him up after an exceedingly busy schedule over the past 12 months.

“I enjoyed it for a little bit, it was nice to take a break and put the tools down and just refresh myself mentally and physically and have a chance to have a bit of a pre-season,” Smith said.

“I’m looking forward to getting back into it, obviously it’s going to be a bit different than what we’re used to being in a bubble and playing with no crowds.

“That presents a challenge in itself, but one we’re looking forward to.”

He added that he’d been impressed by England’s recent Tests and expected a tight series which included three T20 Internationals and three One Day Internationals.

“I’ve watched a bit of the Tests England have played and we know their white-ball cricket over the last few years has been exceptional, so it’s going to be a good series,” Smith said.