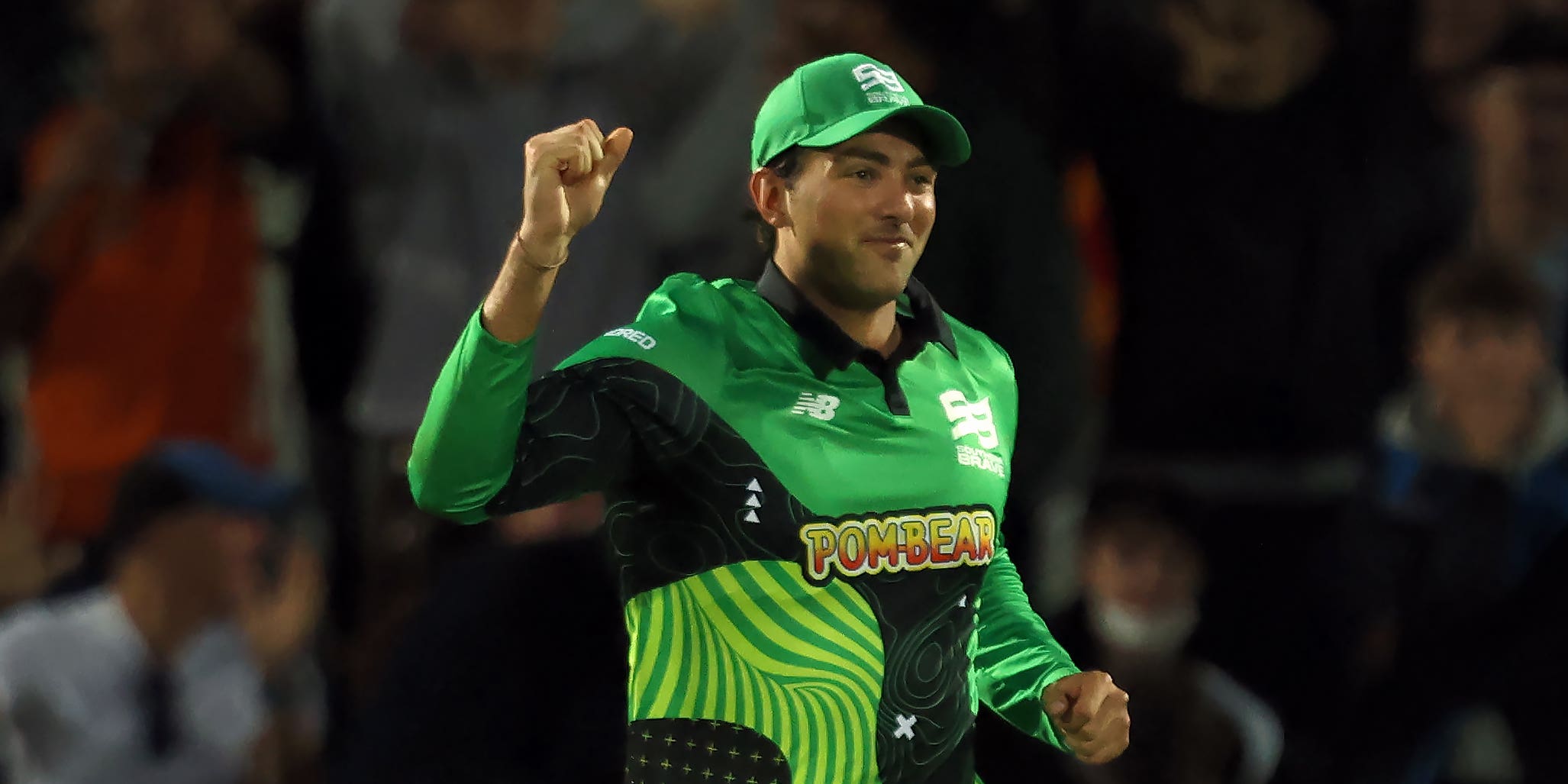 Tim David would relish a place in Australia’s T20 World Cup squad but recognises it is not a foregone conclusion despite being one of the best white-ball finishers around.

Born in Singapore, whom he has represented in 14 T20s, David is eligible for Australia having grown up there and is making a compelling case for selection after star turns in global sprint-format leagues.

He hit 16 sixes from the 86 balls he faced in this year’s Indian Premier League, while in the Vitality Blast, his strike rate is a lofty 180 despite only twice in 15 innings batting higher than number five.

So far he has been overlooked by T20 world champions Australia, who defend their crown on home soil this autumn, and the 26-year-old knows they might be unwilling to step away from the tried and trusted.

“They won the World Cup six months ago and that team hasn’t changed since then,” said David. “Those guys have been playing for Australia for a long time.

“If I had the opportunity to be a part of it, I’d be thrilled and really excited. I’m not really thinking about it too much, to be honest.

“(Playing well in T20 leagues) fills me with a lot of confidence, but international cricket is a different beast so we’ll see what happens if I get that opportunity. It’s just another challenge.

“I just want to keep trying to improve and have fun. If I get there or I’m around at that time, then that would be awesome.”

David, who revealed he has not spoken with Australia chair of selectors George Bailey since the IPL, can burnish his reputation for Lancashire at Finals Day on Saturday.

A mouthwatering Roses semi-final against Yorkshire awaits, the latest high-profile match for David, whose ‘have bag, will travel’ attitude has seen him spend just two weeks at home in the last 18 months.

“I’m really lucky to have the opportunity to do this,” said David. “It’s definitely hard. I haven’t seen my family in a long time, they’re coming over to the UK soon and I’m looking forward to that.

“I’m really lucky to have a lot of support from my family and my partner. It is challenging so it makes you hungry to want to perform and make the most of the playing opportunities that you do get.”

Batting at the back end of an innings is a skill in itself as individuals have little time to adapt to conditions and the bowlers, so how has David managed to become so consistent in the role?

“You see highlights where people are smacking it from their first ball, it doesn’t happen every time,” added David, who has been retained by Southern Brave for the second season of The Hundred this summer.

“It’s about recognising those occasions when it can’t, to try and make the most of it.

“Honestly, on good days it’s literally just, ‘watch the ball and have fun’. For me, when I think too much it doesn’t really work, so I just try to have a good time.”