Triple threat: The 15 batsmen with international hundreds in all three formats 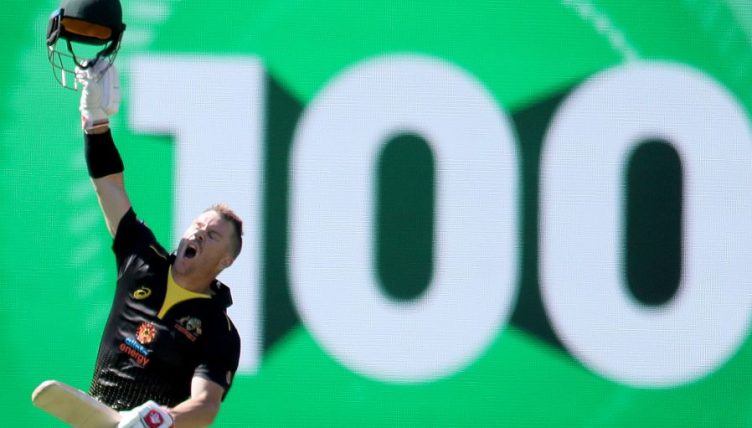 Hot on the heels of Kevin O’Brien becoming the 14th man, and Ireland’s first, to score centuries in all three international formats after making 124 in a T20I against Hong Kong comes David Warner’s somewhat belated entry into the club.

Revelling in the simple pleasures of batting against bowlers who are not Stuart Broad, Warner helped himself to an unbeaten hundred in Australia’s ruthless spanking of Sri Lanka. He joins a list that also includes a West Indian, two New Zealanders, three Indians, a couple of Sri Lankans, a pair of Aussies, a Bangladeshi, a South African, a Pakistani… and no Englishmen.

Here they all are, along with those who’ve so far come closest for the three Test nations not yet represented in this particular club – which are (hilariously) England and (more understandably) Zimbabwe and Afghanistan.

Just 34 runs away from a place in Chris Gayle’s Grand Slam club due to an ODI best of ‘only’ 166. We haven’t checked everyone, but we think Virender Sehwag – two of the three ticked off and 32 runs away in the other thanks to a T20 best of 68 – is the only player closer, and he doesn’t even get into the all-format hundreds club. Nor, for that matter, does Sanath Jayasuriya, who is agonisingly only 23 runs shy of a spot but spread across ODIs (189) and T20s (88). Anyway. McCullum. Of course he’s here in this list, smashing the thing around like a maniac. But a nice, friendly one. Like Gayle, a white-ball specialist who also accidentally has a very fine record across over 100 Test matches.

The classy right-hander knocked off the first two-thirds of the task with swift, almost indecent ease at the start of his international career and then had to sit and wait six years just for T20 to be invented so he could go about completing the set. Took him a good few years, but he got there. Just. And as for Chris Gayle’s Grand Slam Club: misses out by 56 runs – nothing better than a measly 144 in ODIs for Mahela.

If he continues to make a success of his Test recall for a while, Rohit – an ODI phenom and owner of four T20I hundreds – enters the best all-format batsman in the world today discussion. Good fun. As someone who scores ODI doubles for fun and appears to have pretty much nailed Test batting – at home at least – also currently the likeliest second member of CGGSC.

Yes, Watto! Keeping that big old front pad out of the way long enough to score hundreds in all formats like a big bloody legend.

Bit weird that none of his qualifying innings came against England. Always smacks England about does Tamim.

Warner scored two Test centuries before his first in ODIs, which seems a bit mad. Also mad how it’s taken a player of Warner’s ability and attributes 71 goes to get a T20 century. Anyway, he’s done it now. And on his birthday, so that’s a nice thing to happen. Retains an outside shot of Grand Slam Club membership too, you know. Fits the profile.

Alex Hales (England)
A man whose efforts as Test-opener-picked-on-white-ball-form may be in need of reevaluation in the light of Jason Roy’s travails. Anyway. Misses out on the three-format hundreds club by just six runs thanks to a Test best of 94. Joe Root is just 10 runs short – a T20I best of 90* that is, you’d think, now unlikely to be bettered. There are plenty of likelier contenders for that elusive T20 century. Eoin Morgan has a T20I best of 85 not out to go with his 12 ODI hundreds (for England) and a couple in another lifetime when a) Eoin Morgan played Test cricket and b) having an average of 30 with two hundreds from 16 Tests for England got you dropped and forgotten forever as a disastrous horrible failure rather than hailed as the saviour of five-day batsmanship in the motherland. If Jonny Bairstow and/or Jos Buttler properly pin down a T20 opening spot they have the best chance, while Ben Stokes’ inherent Ben Stokesness means it would be folly to rule him out. Leftfield shout: Moeen Ali. Yeah.

Hamilton Masakadza (Zimbabwe)
One run behind Hales comes Masakadza thanks to a T20I high score of 93*. And that’s as close as he’ll get having announced his retirement last month. Gutting.

Rahmat Shah (Afghanistan)
He’s exactly 100 runs away having never played a T20I but he’s the only Test centurion in Afghanistan cricket so he’s rarer than a T20I century-maker. Shoutout to Hazratullah Zazai for having a T20I best of 162* but just one 50 in ODIs and no Test caps, while Mohammad Shahzad would surely have added a Test ton to his ODI and T20 efforts given more than two games to go at it.