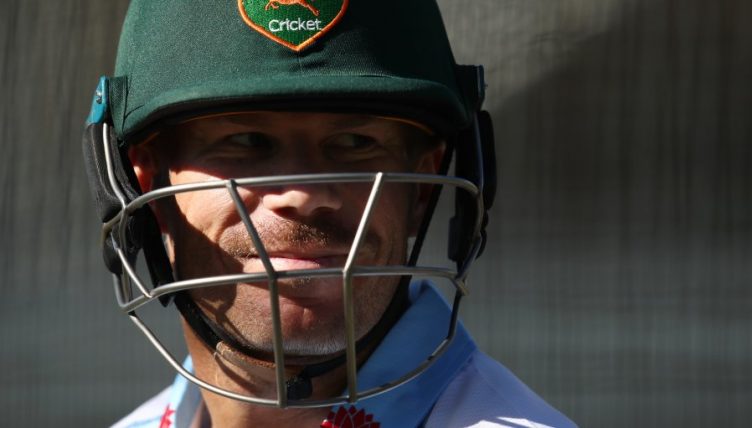 Ten months ago, David Warner was the undisputed villain of Australia’s great moral panic over Sandpapergate.

As recently as the Boxing Day Test, guileless and clunking moves were clearly in place to position Warner as the scapegoat for that one-off out-of-character moment of indiscretion from the team in South Africa <Harry Hill look to camera>.

We’ll be honest, we didn’t think he’d play for Australia again. But via a combination of just keeping quiet, Smith and Bancroft making dicks of themselves and Australia’s openers being rubbish, Warner now looks poised for a triumphant return to the ranks in a World Cup and Ashes year.

His redemption arc is going to be truly epic. And just to make that clear, he decided to bat right-handed in a BPL game and promptly smacked 14 runs in six balls.

This the first shot facing up right handed. Lofted straight six. Whatever pic.twitter.com/Q5GxxKtTBT

Growing frustrated after a couple of dot balls against Chris Gayle’s slow-motion off-spin, Warner decided “F*** this” and went full Ronnie O’Sullivan on us. The first right-handed ball was smacked down the ground for six. The second was swept hard for four. Then, best of all, the third was reverse-swept to the third-man/fine-leg/whatever boundary. A left-hander, batting right-handed, playing a reverse sweep. It’s the future.

Sadly, the Sandpaper Three continue to be beset by injury problems as they return to the great game. Warner has now, like Smith, picked up an elbow injury in Bangladesh, while the country’s top surgeons remain unsure whether they will ever be able to successfully remove Bancroft’s head from his arse.