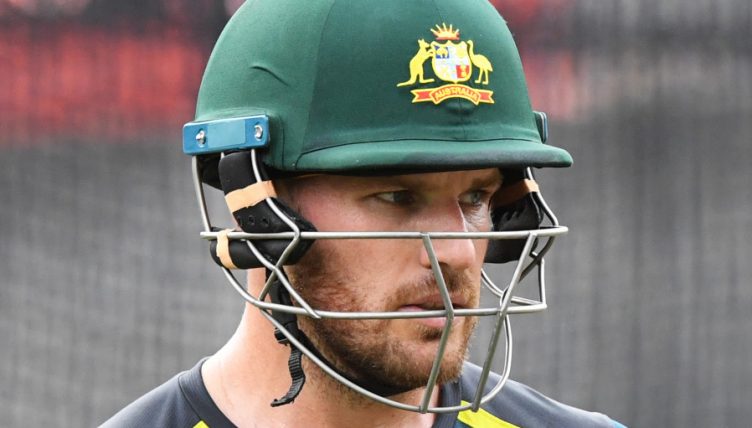 Hawk-Eye did something weird for Aaron Finch’s lbw dismissal against India and now we can only assume the machines are rising up and will enslave us all.

Finch was going nicely on 93 when he was given out lbw to Kuldeep Yadav in the third ODI.

Looked a fair enough decision and probably was, but something went very strange indeed with his review.

The ball pitched on middle and was spinning back to – we reckon – hit leg stump.

But Hawk-Eye showed the ball pitching on leg stump, not spinning at all, and on course to crash into middle stump. Which it definitely wasn’t.

Original has been taken down … but here it is pic.twitter.com/5aE7RDWGhf

We don’t pretend to understand how Hawk-Eye works – it is quite literally rocket science – but it looks to us like the technology has somehow plotted a straight line between Kulpeep releasing the ball and it hitting Finch’s pad. But it has managed to plot the correct length – only the line is wrong. We don’t really know basically, and are now left with no option but to assume mankind is doomed in some kind of Skynet-style takeover in which Hawk-Eye launches nuclear missiles at every cricket ground in the world. The missiles just clip their targets, meaning the original decision stands.

Back in the here and now, Finch’s dismissal began a fairly limp and shoddy end to Australia’s innings, 193/0 in the 32nd over becoming just 313/5 from 50.

As we’ve said, Finch probably wasn’t going to be reprieved by a ‘correct’ Hawk-Eye graphic, but there’s a decent chance it would’ve been umpire’s call which would at least have meant Australia kept the review.