WATCH: Steve Smith out for a buggering duck in Sheffield Shield 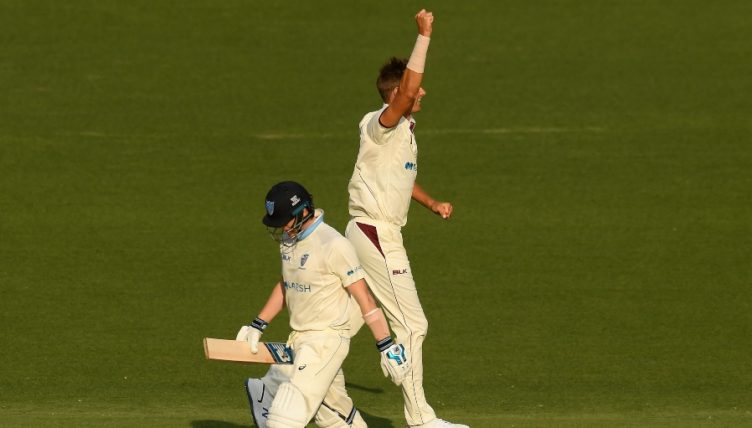 England tried and failed to remove Steve Smith for a score of less than several million runs throughout the Ashes, but Queensland’s Cameron Gannon has shown them how it’s done, casually knocking over the Best Since Bradman™ for a five-ball duck as the Sheffield Shield got under way in Australia.

Smith getting out for nought may send the earth spinning off its axis for England and Australia fans alike, but there was more reassuring news in the Queensland innings where Marnus Labuschagne looked excellent in making 70-odd but then got out. Good to know there are some constants in these troubling and troubled times.

We’re also delighted to discover that the Sheffield Shield, like the Aussie One-Day Cup, is now sponsored by Marsh. Aussie cricket’s Marsh obsession raging thoroughly out of control these days.