Home Countries Harris: Patience will be key on MCG pitch

Harris: Patience will be key on MCG pitch 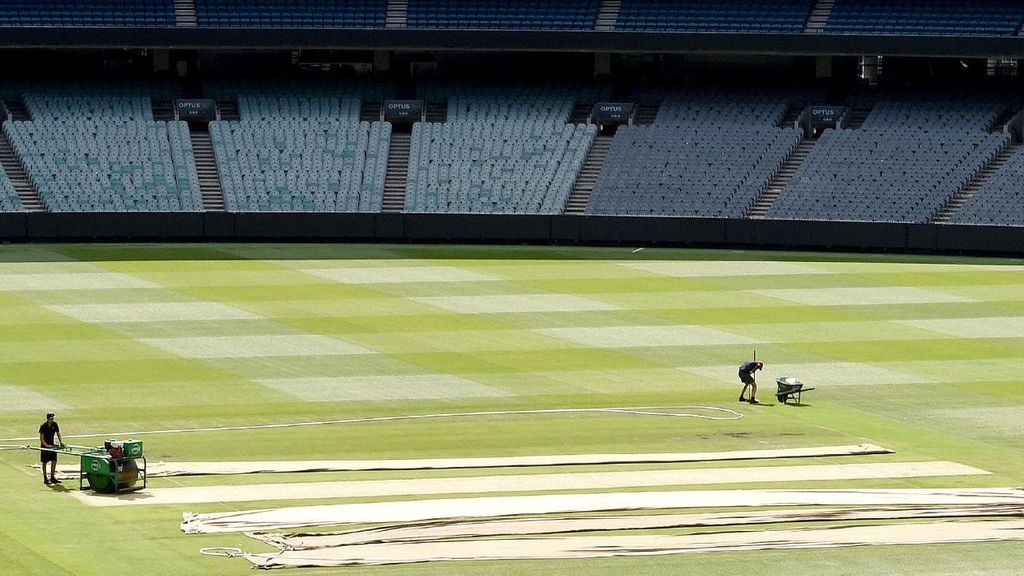 Australia opener Marcus Harris said batsmen will have to be patient if they want to score big in the third Test against India, starting on Boxing Day, at the Melbourne Cricket Ground (MCG).

Harris, of course, knows the MCG pitch better than most as he plays for the local state side, Victoria, and he has scored plenty of runs at the venue this season that has earned him a place in the Australia team.

The 26-year-old struck a massive 250 not out in a Sheffield Shield game at the MCG in October but Harris said it was tricky early on and that he had to get through some tough periods before knuckling down and settling in.

He told ESPNCricinfo: “I saw this morning the wicket will probably be more similar to the South Australia game, where it had a bit more green grass on it, nipped around a bit but it was one of those wickets where if you play well you can make runs but if you bowl well you can take wickets.

“I think it’ll be the same old thing of patience, the MCG is never a really quick scoring ground anyway, so that’ll be the key, just realising things will take a while to evolve.

“Not sure the wicket will break up too much, but we’ll just have to wait and see.

“Fortunately we’ve probably got the best bowling attack in the world so that looks after itself a little bit, but I think as batters a patience game will be the key and run rates won’t be as quick as what you’d like, but that’s the way it will be.”

MCG groundsman Matt Page will be the man charged with providing a surface that will match the reputation of the 100 000 seater stadium.

Page will also be under pressure after the ICC rated the pitch as “poor” after last year’s Ashes Test ended in a dull draw.

The curator said: “We went in to that game and we tried to get a little bit harder and a little bit drier and didn’t get the result we wanted.

“We learned from that and we’ll make sure it doesn’t happen again.”