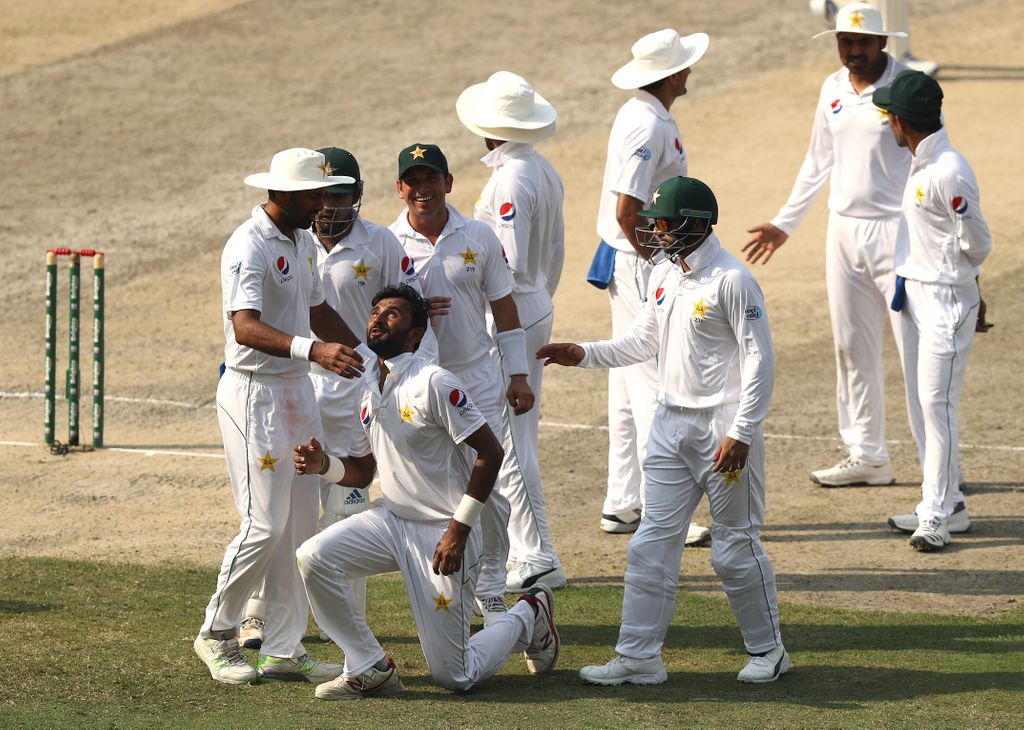 Bilal, a 33-year-old off-spinner who played in three ODIs three year ago, took 6-36 in 21.3 overs while seamer Mohammad Abbas played his part with terrific figures 4-29 in 19 overs as the Aussies were bowled out for 202 in reply to Pakistan’s 482.

It was all going to smoothly for Australia when openers Usman Khawaja and debutant Aaron Finch batted through the entire morning session and beyond to reach 142 without loss.

However, it was in the 52nd over when Finch (62) drove Abbas to short mid-off that the breakthrough was made and a hole found in the order.

Australia troubles against spin in Asia came back to haunt them as Bilal got into his work as he dismissed Shaun Marsh (7) and Khawaja (85).

The off-spinner then took the of Australia’s other debutants Travis Head and Marnus Labuschagne, both gone for ducks, in the space of four balls as the game turned close to the tea interval.

The tourists went into the break at 180/5 and quickly continued to lose their way in the final session as Abbas showed that seamers can also be successful on slow pitches by bowling a full length straight at the stumps.

In summary, the Aussies lost all ten of their wickets for 60 runs in just more than 32 overs.

Pakistan lost three wickets of their own before the close with Mohammad Hafeez (17), nightwatchman Bilal (0) and Azhar Ali (4) back in the hut.

Australia’s spin twins of Jon Holland (2-9) and Nathan Lyon (1-23), not surprising accounted for the wickets to fall with Pakistan on 45/3 at stumps.

However with a lead of 325 runs with two days of the Test still remaining, Pakistan will feel comfortable of going into a 1-0 lead in the two-match series.