Home Countries Paine: We have to improve our behaviour

Paine: We have to improve our behaviour 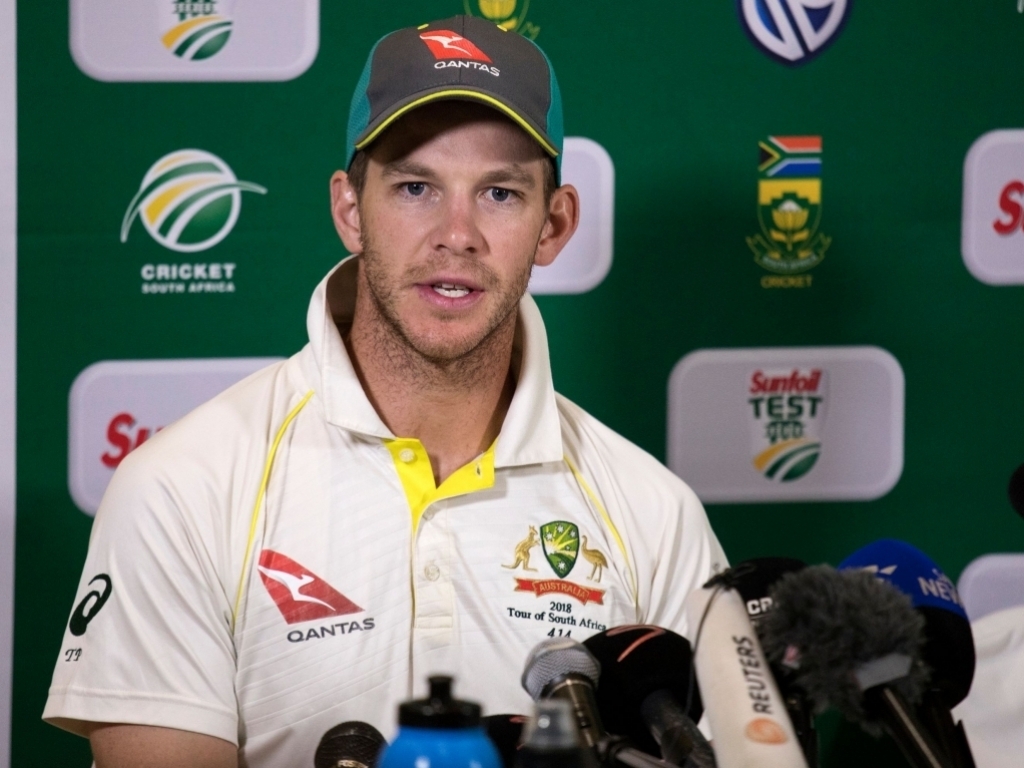 Australia captain Tim Paine says it will take time for the team to find it’s new identity after the ball-tampering scandal that rocked the nation on their tour in South Africa.

The Aussies slipped to a humiliating 492-run defeat against the Proteas in Johannesburg on Wednesday to concede the four-match series 3-1, the first time Australia had lost a Test series in South Africa since 1970.

The tour started all rosy for the visitors when they beat the home side in the first Test in Durban but then lost the second Test in Port Elizabeth.

Everything about Australia cricket came crashing down during the third Test in Cape Town when opener Cameron Bancroft was caught on camera using sandpaper on the ball.

Captain Steve Smith, vice-captain Warner were sent home in disgrace and were each given one-year bans while Bancroft was suspended for nine months and coach Darren Lehmann resigned, with this tour being his last in charge.

Paine was made skipper and spoke of a change of culture that needed to be addressed by the team.

The gloveman said after the defeat at the Wanderers: “We’ve potentially had our head in the sand a little bit over the last 12 months (thinking) if we continue to win we can kind of act and behave how we like and the Australian public will be OK with that.

“What we’ve probably found out in the past month or so is that the Australian public and our fans don’t necessarily like the way we go about it. It’s pretty simple. We have to listen.

“We have to take it on board and we have to improve our behaviour in the way we play the game.

“I know the guys are certainly taking that on board and it’s something that we’re excited, again, to go forward and be able to do.”

Proteas opening batsman Dean Elgar told the media after the fourth day at the Wanderers that this was a totally different Australia side, in terms of sledging and banter, compared to earlier in the series.

Paine stressed that it was not a one-off as he and whoever is the new coach try and take the team in a different direction.

The Aussie skipper continued: “I think it was probably evident in this match that we’d changed somewhat. That will continue to happen.

“We’ve obviously got a new coach coming in at some stage who would have huge say on how that is.

“But from my point of view, we’ve now got a fine line between being really respectful of opposition and the game and also being at a level that is really competitive as you should be in Test match cricket.”