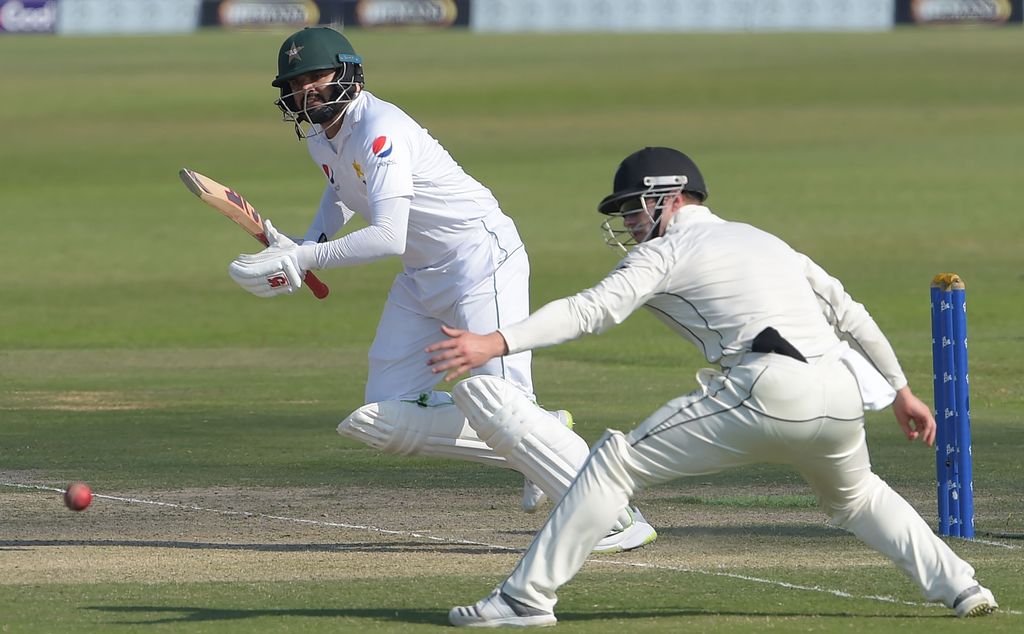 Azhar Ali hit a half century to help Pakistan to 139-3 at close on the second day of the third and final Test against New Zealand in Abu Dhabi on Tuesday.

It marked a good recovery from 17-2 after Black Caps paceman Trent Boult took the wickets of openers Imam-ul-Haq (9) and Mohammed Hafeez (0).

Azhar was unbeaten on 62 at the close having shared an unbroken fourth wicket partnership of 54 with Asad Shafiq who will resume on 26.

Pakistan are still 135 runs adrift of New Zealand’s first innings total of 274 in which BJ Watling made a vital 77 not out.

During his knock in his 56th Test Watling became the 14th New Zealander to pass 3,000 runs.

Watling and debutant Will Somerville extended their eighth wicket partnership to 45 before Bilal Asif took all three final wickets to finish with 5-65, his second five wicket haul in five Tests.

Leg-spinner Yasir Shah, in his 33rd Test, failed to add to his three wickets on Monday, leaving him two short of becoming the fastest man to reach 200 Test scalps.