Home Countries Bairstow fights back for England after Southee five

Bairstow fights back for England after Southee five 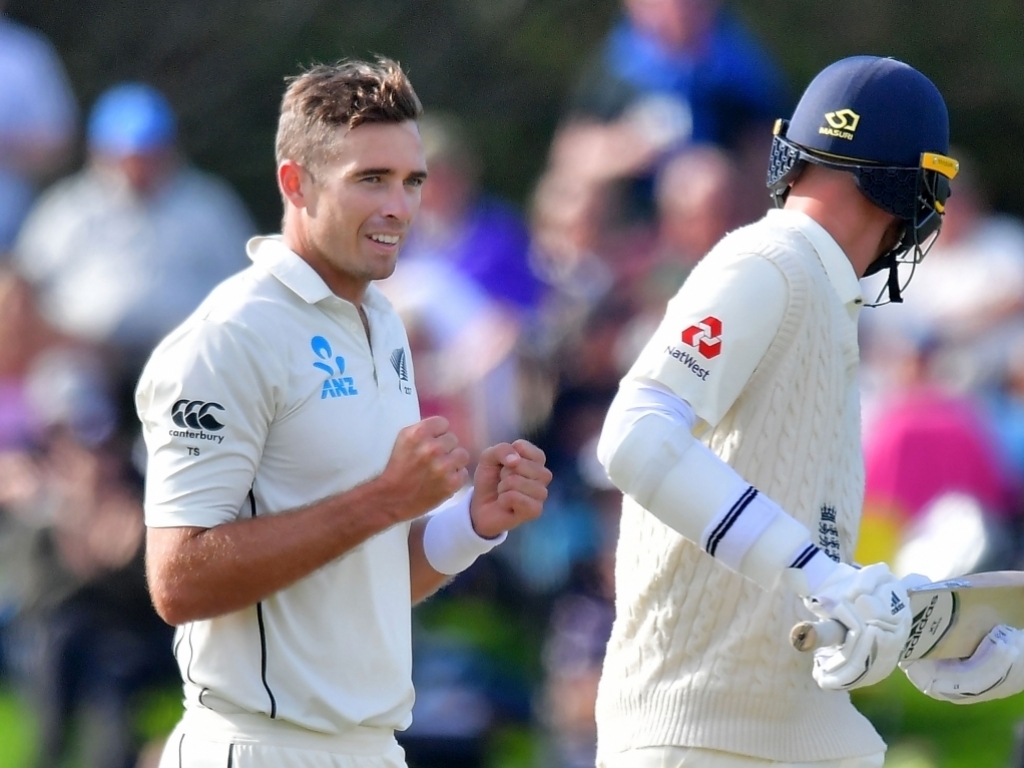 England suffered another top-order collapse but had Jonny Bairstow to bail them out as the visitors finished day one of the second Test in Chrsitchurch against New Zealand on 290/8.

Black Caps seamer Tim Southee was the chief destroyer for the hosts with figures of 5/60 in 23 overs as England slumped to 164/7 at the Hagley Oval.

With the tousists needing to win the Test to level the series, Bairstow showed fight and character to be unbeaten on 97 at the close.

The Yorkshire gloveman added 95 for the eighth wicket with tail-ender Mark Wood (52), who scored his maiden international fifty.

Debutant Jack Leach kept Bairstow company until the close with the duo putting on 31 and no doubt looking add more on the second morning.

Southee then got in on the action, removing James Vince (18) and England skipper Joe Root (37) while Boult trapped Dawid Malan in front first ball.

The hosts were now on a role and Southee returned to the attack to end the resistance of opener Mark Stoneman (35 off 111 balls).

At 94/5 Bairstow walked to the crease and put on an important 57 with Ben Stokes but Boult ended the stand to when he had Stokes cuaght by BJ Watling.