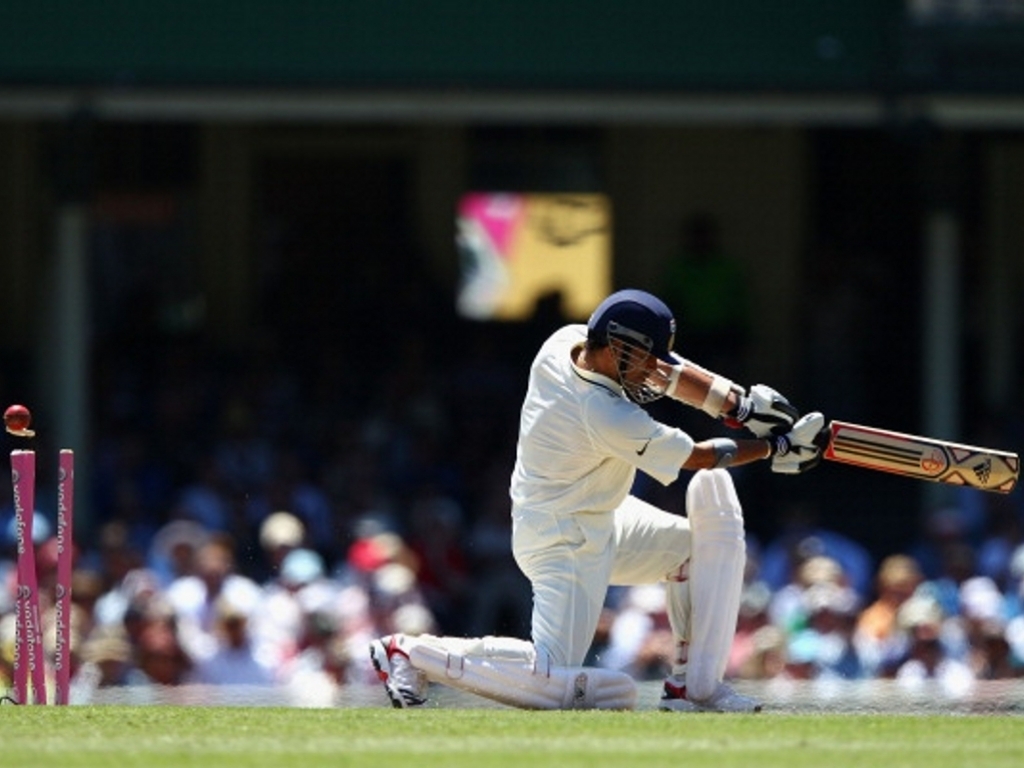 The future of Test cricket depends on the balance between bat and ball being restored according to legendary India batsman Sachin Tendulkar.

Ironically the man who smashed 100 international centuries is advocating for more sporting pitches to bring the bowlers back into the longer format of the game.

Tendulkar told Star Sports India: “I think the future of Test cricket has to be a nice balance between bat and ball.

“I sometimes see that the balance is not right, it’s too much in favour of batsmen.

“And I feel to be fair in T20 the batters go after the bowlers and 300 is no more a safe total in one-day cricket.

“There has to be a format in cricket where bowlers dominate a bit.”

The bat is undoubtedly dominating the ball across all three formats and while addressing this issue in the limited overs formats would be commercial suicide, Test cricket could benefit from a more regular fall of wickets.

The average number of runs per wicket across all Test cricket has increased from 31.64 in the 1990s to 34.17 since the turn of the century.

In recent years that average has started to dip just a little but the average runs per over remains at an all-time high.

Despite the increased run scoring, crowds at Test matches are dwindling with the ICC placing the onus on the member boards to revitalize bilateral Test cricket, leaving each to find its own solution to the problem.