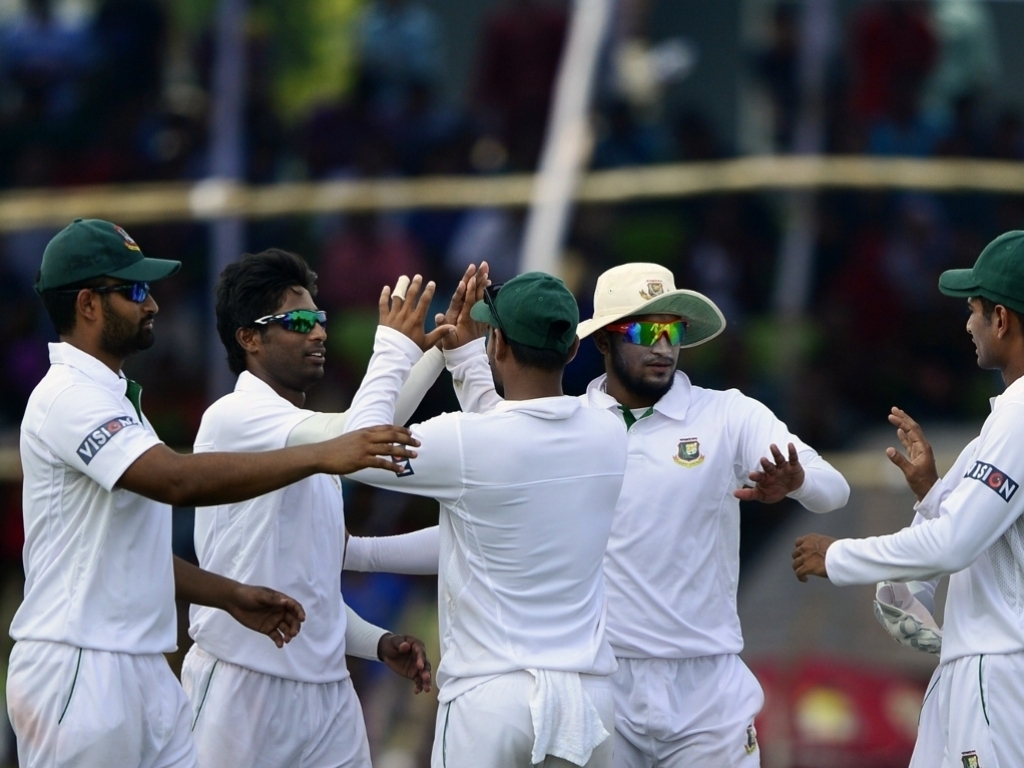 Bangladesh have named four uncapped players in their squad for the first Test against Zimbabwe, set to take place in Sylhet from 3 November.

Ariful Haque, Mohammad Mithun, Khaled Ahmed and Nazmul Islam could earn their maiden Test caps as they were named in a 15-man squad that will be captained by Mahmudullah in the absence on the injured Shakib Al Hasan.

Shakib is still recovering from a finger injury while Bangladesh will also miss experienced batsman Tamim Iqbal because of a wrist injury picked up in the Asia Cup in September.

Seamer Mustafizur Rahman returns to the Test side after missing the previous series in the West Indies with Kamrul Islam and Rubel Hossain dropped after picking up one wicket between them on the two-Test tour in June-July.

Nurul Hasan, who stood wicketkeeper against the Windies, was also left out which means Mushfiqur Rahim will take the gloves against Zimbabwe.

Bangladesh chief selector Minhajul Abedin said: “The team management were looking for a bowler who could bowl straight stump to stump, which is why we picked [Nazmul Islam] Apu. We didn’t consider [Abdur Razzak] Raj on current form and fitness.

“The management also wanted a batsman who could be a big-hitter at No 7 or 8 and who could also tackle the low bounce, which is why we decided on Ariful.

“We have established batsmen like Mushfiqur Rahim and Mahmudullah at No 4 and 5 where Tushar usually bats in domestic cricket.

“We are also looking at some players who can be our future, at least in the next two or three years.”